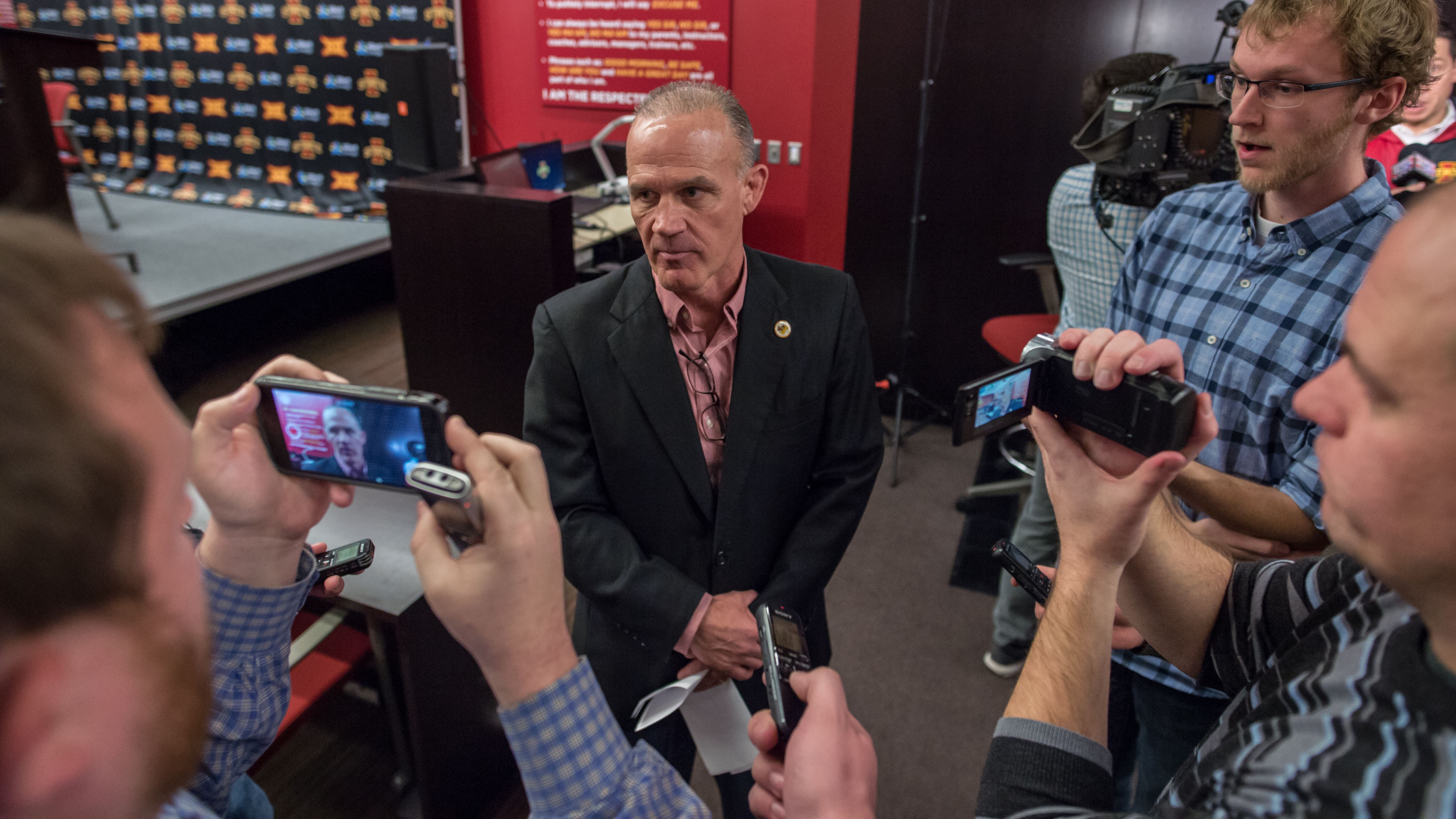 This season market the second full year of Kevin Dresser leading the Iowa State program in Ames and just over two years of him leading the program its clear to see that he has made a lot of headway with the program in a short time. Prior to his arrival the program was experiencing an all-time low in terms of dual performance, conference finish, and NCAA placement. In just two years time we have seen a complete turnaround, with the team taking second at this year’s conference tournament and an impressive nine NCAA qualifiers.

With hindsight now as our best friend, we can reflect back over the past few years and appreciate the work that Dresser, his staff, and the team has put in to bring this program from the near bottom of the barrel to the transitioning of a team that looks primed to push for the top ten. The goal obviously is to contend for national titles, but there are stepping stones that lead a program to that territory. The 2019 season showed us that Dresser already has his team remarkably improved from his first full season to the next, and many are hoping he continues to propel the program forward at this impressive pace.

How Did We Get Here?

01/31/2017: Dresser’s predecessor, Kevin Jackson announces to the media that he will step down as head coach at the end of the season. Athletic Director Jamie Pollard announces his search of new head coach.

01/31/2017: Hours after Jackson announces his decision to step down, Iowa State’s prized recruit in the class of 2017, Austin Gomez, requests his release from scholarship. This starts a domino effect among other recruits as eventual other prized recruits in this class (Jake Allar, Ethan Smith, Jarod Verkeleeren) would also request their release.

02/18/2017: The first big break in Iowa State’s coaching search comes from then Iowa State Daily reporter Ben Visser, who reports that Kevin Dresser has accepted the Iowa State job. The news breaks in the middle of the Iowa high school state wrestling tournament. This report is confirmed by the school two days later.

02/22/2017: Kevin Dresser is introduced to the media by AD Pollard for the first time. During his introductory press conference Dresser lays out his goals for the program which among others are to beat Iowa.

02/26/2017: Just days after being formally announced Dresser travels to Illinois to re-secure the commitment of Gomez and he succeeds in bringing the lightweight talent back into the fold. Gomez goes on to play a significant role on the team two years later as a redshirt freshman.

03/30/2017; After the conclusion of 2017 season Dresser begins to fill out his coaching staff. For his first hire he taps former Virginia Tech assistant coach Derek St. John to join as assistant coach.

04/04/2017: The coaching staff is completed with the hiring of Mike Zadick and Brent Metcalf as Associate Head Coach and Volunteer coach respectively. A year later Dresser and Zadick would have a falling out that led to Zadick leaving the program. Because of that in August of 2018 Metcalf is promoted to a paid assistant role on the staff, and Ben Durbin would later join as volunteer assistant for the 2018-19 season.

06/28/2017: With a new era afoot in Ames Dresser scraps the Cyclone Wrestling Club and founds the Cyclone-Regional Training Center (C-RTC). The big announcement is followed by the program’s last NCAA champion, Kyven Gadson announcing that he will remain in Ames to continue his pursuit of making the 2020 Olympic Team, becoming the first official C-RTC athlete.

07/05/2017: Now in his first full season as head coach Dresser hit the recruiting trail in search of his first official class while leading the program. He hits it big in the state of Iowa first landing Valley-West Des Moines standout Joel Shapiro, which is the first top 100 recruit secured by Dresser.

07/27/2017: Another key addition to the program comes via transfer as Jarrett Degen leaves Virginia Tech and follows Dresser, Zadick, and St. John to Ames. Degen would go on to win the starting spot at 149 pounds as a redshirt freshman.

09/08/2017: Not only does Dresser have remarkable success in the state of Iowa, but he also lands his first high profile recruit in David Carr from Ohio. On this date Carr announced his top five schools listing Iowa State as one of his potential landing spots. Just over a month later Carr verballed to Iowa State giving Dresser his first ever top ten recruit in the Cyclone era.

01/10/2018: In January of his first full season we learned of another transfer that would go on to play a big role in the team’s 2019 success as Rutgers’ Alex Mackall announced his intent to transfer to the program. Mackall eventually took over ISU’s starting spot at 125 pounds where he was a NCAA qualifier this year.

03/04/2018: We already hinted on the importance Degen would eventually play for coach Dresser, but on March 4th he became the first Cyclone under Dresser to qualify for the NCAA tournament.

03/20/2018: Following the completion of the 2018 season Dresser added program legend Nate Carr to join the C-RTC to serve as program Associate Director.

06/14/2018: The final key addition to Iowa State’s 2019 resurgence came via another transfer, this time Missouri’s Willie Miklus. An eventual All-American for the program, Miklus became a leader for the team the moment he joined the roster.

12/01/2018: After stating his intentions to beat Iowa in his initial press meeting, Dresser nearly delivered on that goal as his team dropped a 19-18 loss in Iowa City to his former team. Despite coming away with a loss, the dual was viewed as a moral victory for Dresser bringing the team from losing all nine contested bouts the previous season.

03/10/2019: A huge moment for this team’s turnaround unsurprisingly came in Oklahoma at the 2019 Big 12 tournament. It was here the team put four wrestlers into the conference finals, and crowned Dresser’s first ever Big 12 champion, Chase Straw. The team finished second overall in the team standings, and punched nine of their wrestlers through to the NCAA tournament.

03/19/2019: Given the team’s tremendous turnaround it was not all that surprising to learn the NWCA named Dresser their Division I coach of the year.

03/22/2019: The final pivotal moment of the team’s successful season obviously came during the NCAA tournament where two wrestlers reached the podium. The first wrestler to achieve All-American status was the aforementioned Degen followed shortly by the senior Miklus.