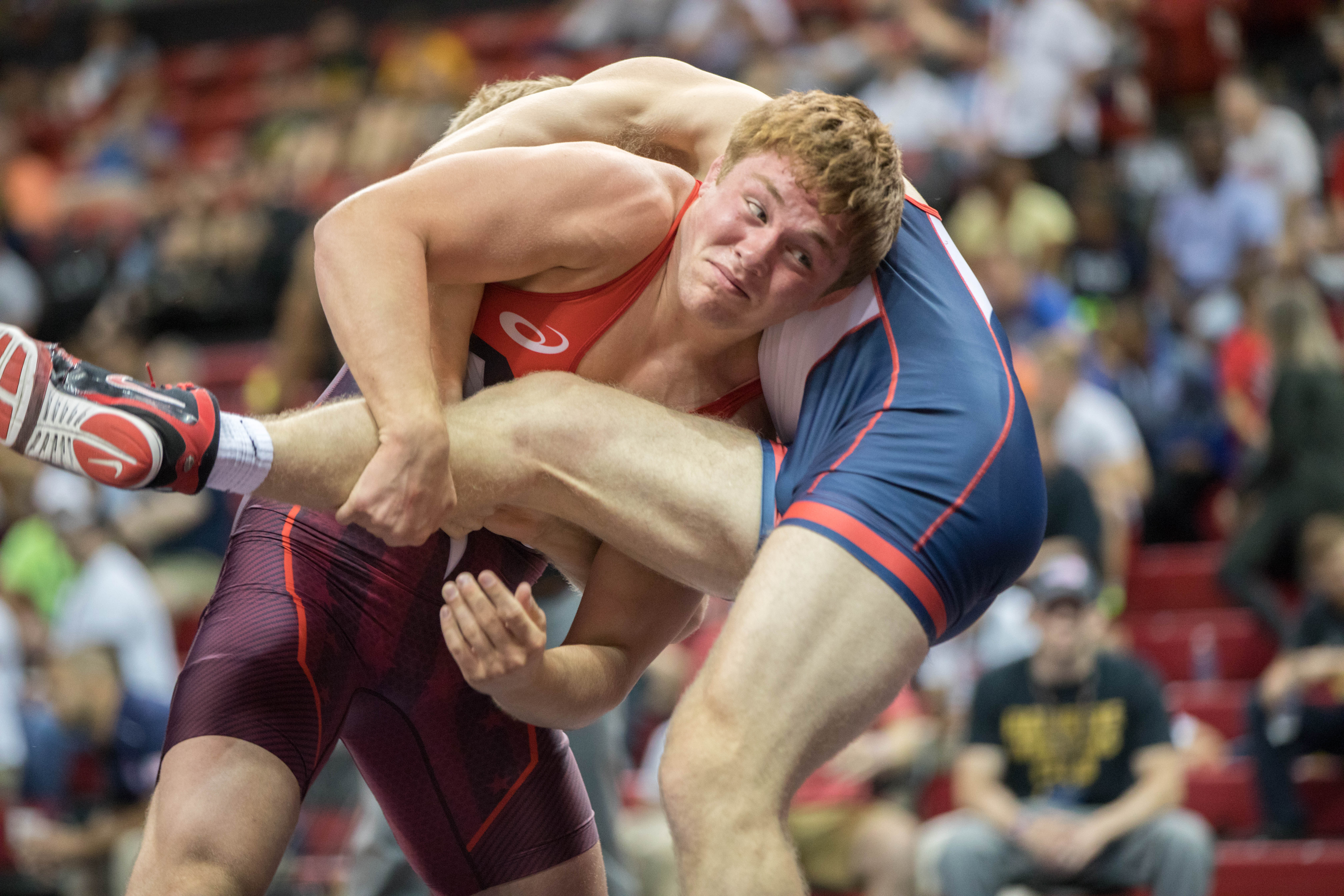 Both the Hawkeyes and the Cyclones will have a wrestler on USA Junior World Team as Jacob Warner and Austin Gomez clinched spots this afternoon by winning best-of-three finals in Rochester, Minnesota. Warner, who compete for the University of Iowa won two straight matches by bonus at 92 kg while Gomez, an Iowa State wrestler, had a more entertaining series winning in come from behind fashion and then by fall. Both wrestlers redshirted for the respective university this past season.

Warner started his tournament off with a bang, winning by technical fall 10-0 over Virginia Tech’s John Borst in match one and then equally as dominant 11-0 victory in match two.

Gomez battled with Cornell wrestler Vitali Arujau in his finals and provided the entertainment early. It was all Arujau in the first period as he jumped out to an 8-0 lead against the Cyclone, but Gomez stormed a comeback for the ages, scoring 11 straight to take match one. The second match was a different tale as it was Gomez who controlled the first period, leading 9-2 at the break. Arujau did his best to make a comeback, but Gomez was able to score a fall in the second period to punch his Junior World’s ticket.

At 74 kg another Hawkeye wrestler Jeremiah Moody was also competing for a Junior World spot but came up short. Moody’s opponent was Virginia Tech wrestler Mekhi Lewis, who won the first bout 12-1 and second 10-0 to sweep the Hawkeye.

There was also another Cyclone in the mix – former Dubuque Hempstead standout Gannon Gremmel competed in the finals at 125 kg. Unfortunately Gremmel came up short in his bid to make the Junior Team, falling in two straight matches to Gable Steveson. Steveson is the reigning World Champion.