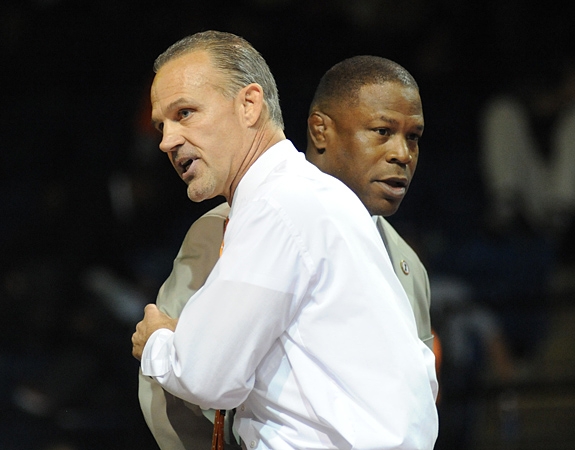 Former Virginia Tech head coach Kevin Dresser has now officially accepted the head coaching position of the Iowa State Cyclones. A native of Humboldt, Iowa Dresser will be returning to his home state where he began his wrestling career.

The news of Dresser accepting the position was reported first by the Iowa State Daily Saturday, though on Sunday Jason Bryant of Mat Talk Online reported the signing as unofficial. IAwrestle can now confirm that Dresser has officially agreed to become the Cyclones’ next coach.

According to a source for IAwrestle, Iowa State made an initial offer to Dresser which Virginia Tech matched. Iowa State then made a second offer which Dresser has accepted. IAwrestle’s source indicated that the team had a meeting at 3:00 PM today (Monday) to discuss the hiring.

[UPDATE: Hokie Sports has confirmed that Dresser’s lead assistant Tony Robie will take over as interim head coach for the program.]

After seven years at the helm, current head coach Kevin Jackson announced in January that he would be stepping down from his position at the end of the season. The Cyclones are currently 1-12 in duals on the season and went without a win against a traditional Big 12 team conference team for the first time in program history.

Dresser will look to turn that current trend around, after taking over a barren Virginia Tech program in 2006 and building it into a national power. Dresser has built the Hokie program into an ACC power, and during the 2015-16 season he brought home the program’s first ever team trophy by taking fourth at the NCAA Championships.

Once the news that Jackson would be stepping down came to the surface three of Iowa State’s signed recruits Austin Gomez, Jake Allar, and Ethan Smith all announced that they would be requesting releases from their Letter of Intent to attend ISU that were signed in November. Iowa State has 30 days to respond to each athlete’s request to be released from their scholarship, which would mean Allar would need his situation resolved in the coming week.

Iowa State’s current staff includes Trent and Travis Paulson as paid assistants, and Angel Escobedo as volunteer assistant. Dresser’s staff includes Tony Robie and Mike Zadick as paid assistants, and Derek St. John as volunteer assistant. No information is available at this time as to whether Dresser plans to retain any current Cyclone assistant coaches, or whether he will bring any/all of his staff from Virginia Tech.

Our own Tony Hager was first on social media to report the things were in the works between Dresser and Iowa State: