Austin Gomez back to ALL IN for Cyclones 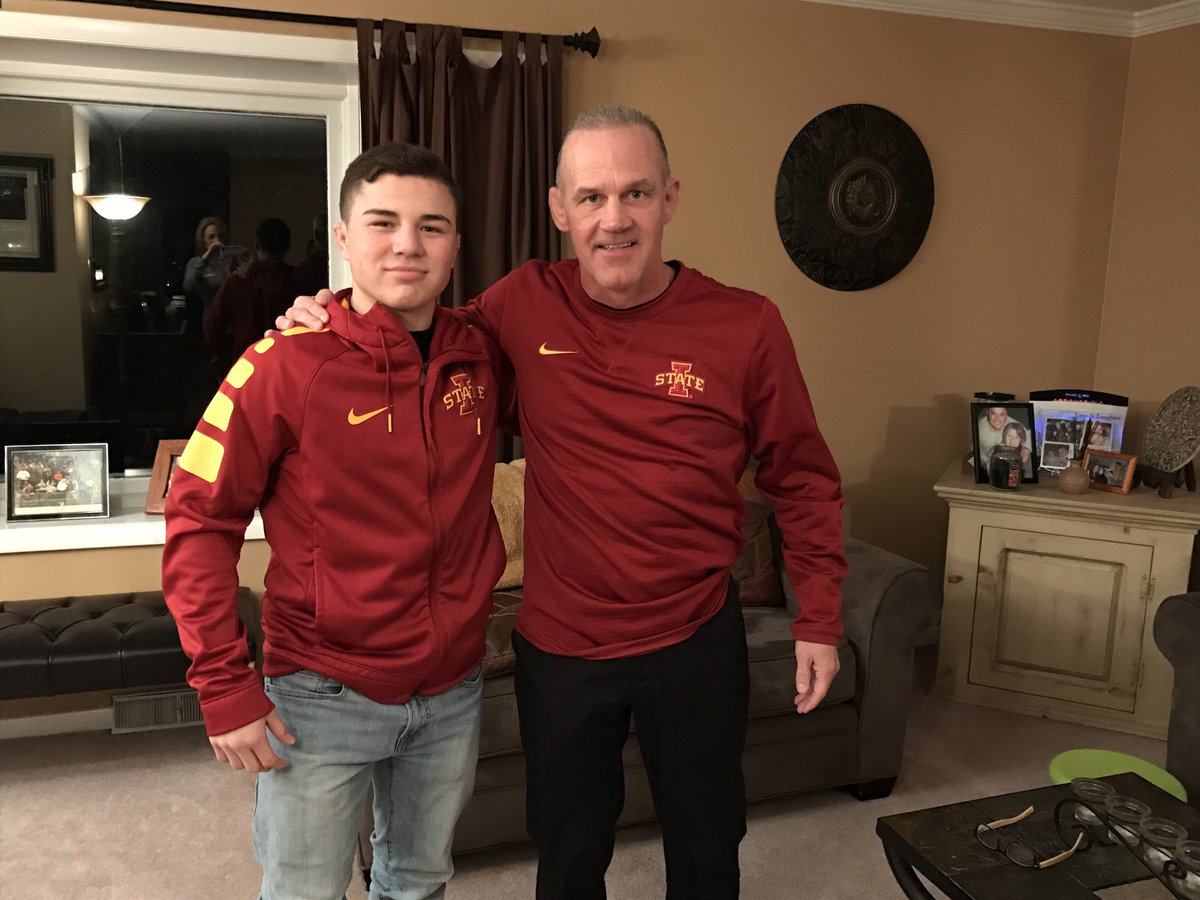 One of the key reasons Iowa State Athletic Director Jamie Pollard originally came after Kevin Dresser in season was to give his program a shot at retaining some of the recruiting class that Kevin Jackson had assembled. When Jackson announced that he would be stepping down as head coach back in January, Austin Gomez along with Maryland prep Ethan Smith contacted Iowa State asking to be released from the National Letter of Intent to have the opportunity to look at other schools. The Cyclones had 30 days to respond to the request.

It looks like that won’t be an issue for Illinois native Gomez, who tweeted out his intent to remain a Cyclone after having an in home visit from Dresser.

With Gomez back in the fold for Iowa State the current recruiting class is comprised of Iowans Ryan Leisure and Marcus Coleman, Pennsylvania prep Jarod Verkleeren, and now Gomez. Ranked #3 at 138 pounds and #14 in the class of 2017 Gomez will add to a plethora of lightweight depth that the Cyclones have been amassing over the last two recruiting classes.

You can go back and listen to the Potentially Dangerous podcast, where Lars and Ross broke down this exact situation of Dresser retaining Jackson’s recruits:

One thought on “Austin Gomez back to ALL IN for Cyclones”