Two All Americans for the Cyclones 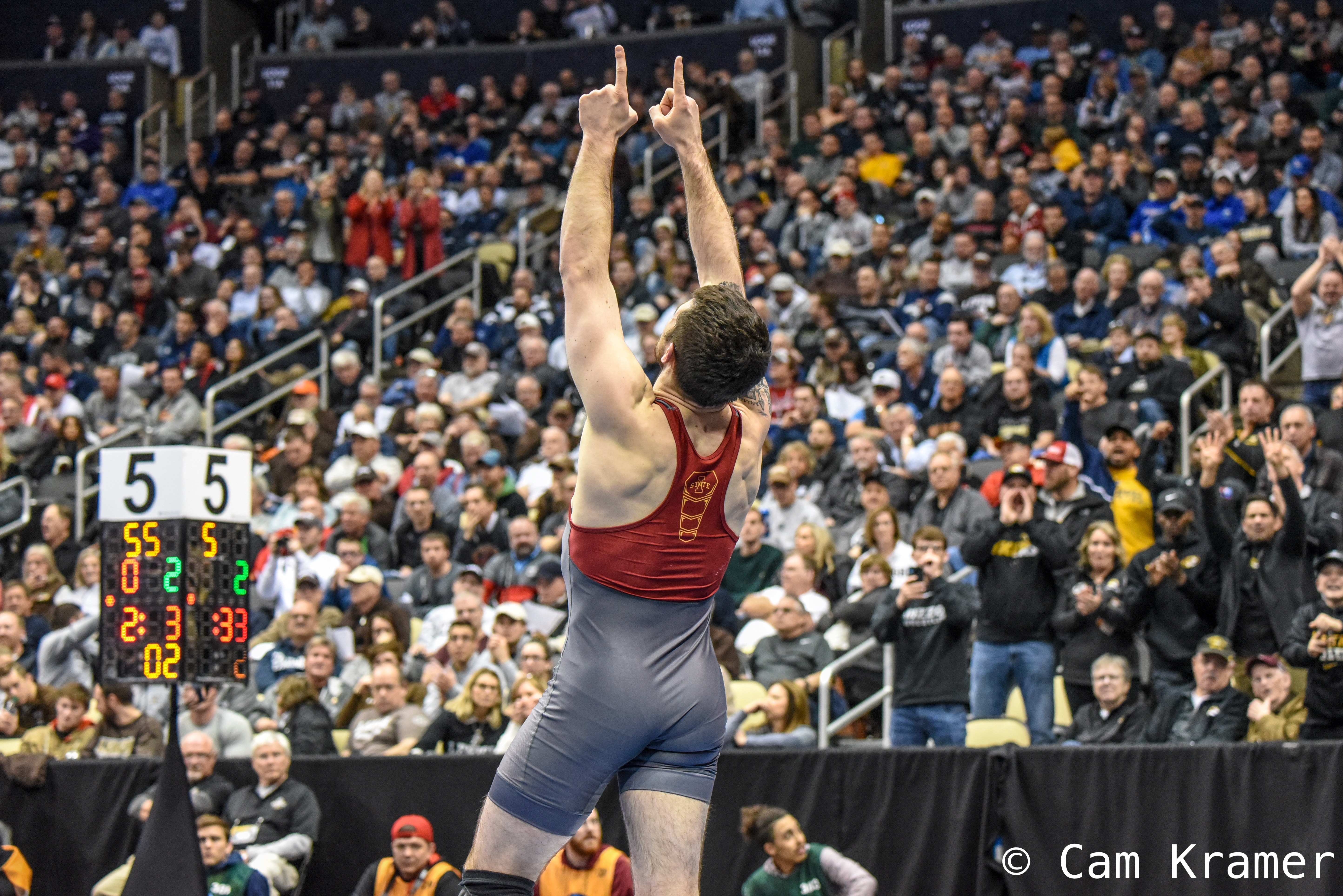 PITTSBURGH, Pa. – Iowa State’s Jarrett Degen and Willie Miklus have locked in a spot on the podium at the 2019 NCAA Championships and are All Americans.

This is Miklus‘ fourth time earning All-America honors. After missing the podium by just one match last season,Degen will finish in the top-8 in 2019 for the first time of his career.

With their top-8 finishes, Degen and Miklus become the first All Americans for head coach Kevin Dresser at Iowa State. They are the school’s 292nd and 293rd All Americans in school history and the first since the 2016 NCAA Championships.

As a team, Iowa State has 32 team points and is 15th in the team race.

Round of 12
No. 6 Miklus was not on the mat for very long in the blood round. The now four-time All American countered a shot from Stanford’s Nathan Traxler, secured a takedown and brought the Cardinals’ shoulders to the mat in just 27 seconds for the fall.

In the blood round, No. 8 Degen wrestled Penn’s No. 13 Anthony Artalona. Degensecured an early 4-2 lead with two first period takedowns. He controlled the rest of the match, earning All-America honors with a 6-5 decision.

At 133-pounds, No. 13 Austin Gomez toed the line in a rematch with Iowa’s No. 7 Austin DeSanto. Gomez came out firing, throwing a full arsenal at DeSanto. The Hawkeye was able to counter Gomez’s attack and built a 12-1 lead after one period of action. Gomez fought back, cutting DeSanto’s lead to 12-5, but DeSanto’s early advantage was too much to overcome, and Gomez ultimately fell 16-5.

No. 10 Sam Colbray wrestled No. 4 Emery Parker of Illinois for a shot at the 184-pound podium. Parker scored on two takedowns on the match and fended off a late attack from Colbray to take the match by 5-2 decision.

Consolation Round of Four
No. 6 Miklus continued to roll on the backside of the bracket. He notched the first takedown of the match against No. 9 Ben Honnis of Cornell and went on to take the match by 7-5 decision.

After solidifying his spot on the podium, No. 8 Degen took on a familiar foe in No. 4 Brock Mauller of Missouri. Degen got the better of Mauller in their first two meetings, but Mauller flipped the script in this one, defeating Degen by 10-7 decision.

Next Up
The NCAA Wrestling championships continue tomorrow morning at 10 a.m. CT with medal round action. Degen will be wrestling for seventh place against Iowa’s Pat Lugo, while Miklus will be in the consolation semifinals against Oklahoma State’s Preston Weigel with a shot at third place. You can catch it on ESPNU and WatchESPN.

2 thoughts on “Two All Americans for the Cyclones”