Kevin Jackson Stepping Down as ISU Coach at Season’s End 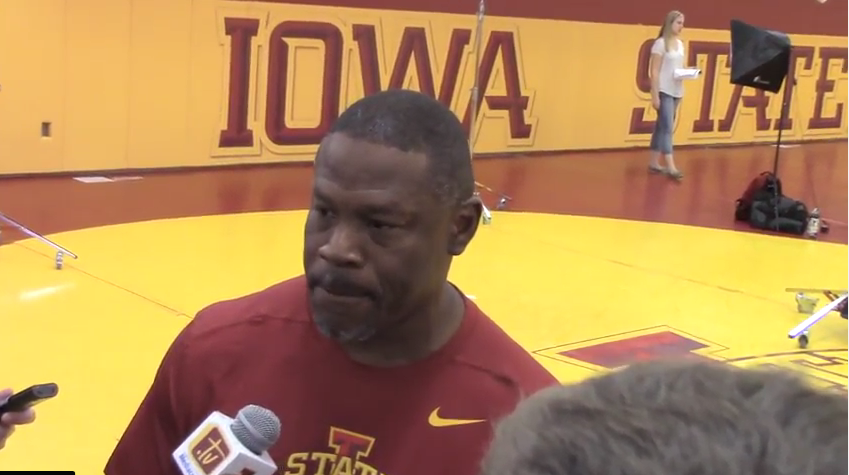 AMES, Iowa – Iowa State head wrestling coach Kevin Jackson announced today that he will leave his current position at the conclusion of the 2017 NCAA Wrestling Championship to assume an administrative role within the athletics department.

“Iowa State has a great wrestling tradition and everyone involved with the program has very high expectations,” Jackson said. “We have not consistently met those expectations recently which has been disappointing to me, my staff, our current and former wrestlers, the wrestling donors and our fans. I feel that a number of wrestlers on our team have the potential for strong tournament runs and making this announcement now relieves some pressures and uncertainties for our current student-athletes as well as for incoming recruits.”

Director of Athletics Jamie Pollard told Jackson that he will explore potential roles on campus or in the athletics department beyond his current contract’s end. Jackson has just more than one year left on his coaching contract.

“Kevin has worked tirelessly at Iowa State to develop a first-rate program on and off the mat and we are appreciative of those efforts,” Pollard said. “He is a man of great integrity, a terrific ambassador for the Cyclones and a talented coach but we agreed that our program isn’t performing at the level we expect. I truly appreciate the way Kevin has handled this situation by putting his student-athletes and Iowa State University first.  His decision to step away from coaching at the end of the season is a great example of his selfless leadership.”

A member of several national wrestling halls of fame, Jackson was the National Freestyle Coach for USA Wrestling (2001-08) prior to coming to Iowa State. Jackson is also in the Iowa State Athletics Hall of Fame.

“As for the future of the program, it’s time for someone else to take the reins,” Jackson said. “When I came back to Iowa State as head coach, I had very high goals for the program and we simply haven’t achieved those goals. I’m very grateful for the opportunities that Iowa State has provided me as both a student-athlete and as the head coach for the last eight years.”