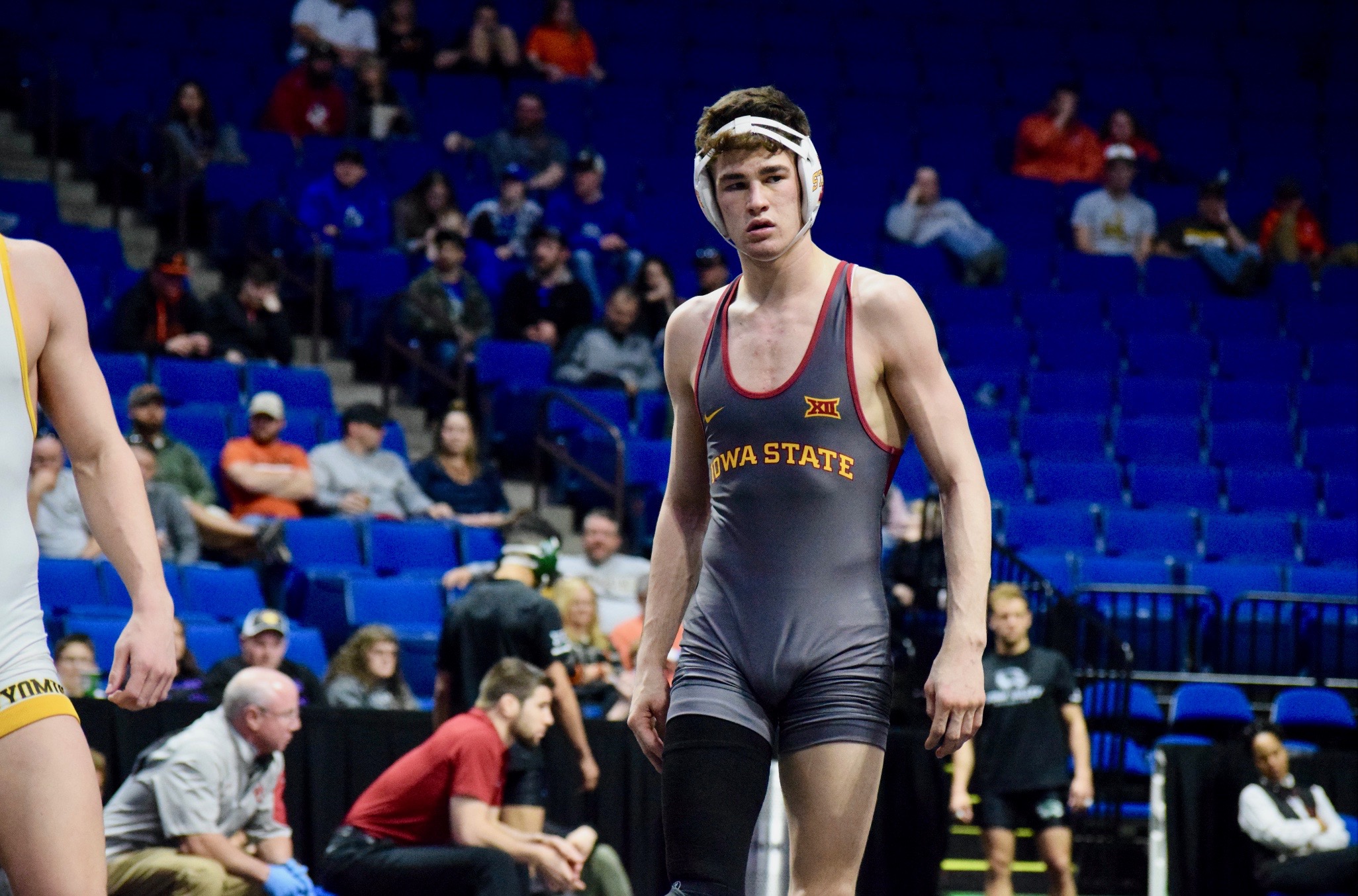 Iowa State had 6 men get through to medal matches on the consolation side of the Big 12 Bracket early Sunday afternoon.

Unfortunately only one, 149 pounder Jarrett Degen, qualified for the NCAA tournament in two weeks.

Degen won a pair of matches on the day, first taking down Dane Robbins of Air Force 9-5, and then defeating Wyoming’s Sam Turner by tech fall, 20-5.

The rest of the Iowa State squad did not have as good a day. At 141 pounds Ian Parker fell to UNI’s Josh Alber, 3-2, in their consolation semifinal match. Parker would go on to take fifth, but with only three allocations at 141 pounds he’ll have to wait and see on a wild card spot.

Skyler St. John had another chance at earning a spot after dropping a match in the consolation round yesterday. St. John wrestled UNI’s Isaiah Patton in the 7th place match, with the winner wrestling in a true 7th place match. St. John couldn’t get past Patton’s defense though, and lost 6-0.

Dane Pestano missed out on the third place match, and a chance to qualify for the NCAA’s, by dropping a 3-2 decision to Oklahoma State’s Keegan Moore. Pestano lost by tech fall in the 5th place match 16-0.

The last Cyclone to wrestle on the day was Markus Harrington. The heavyweight won his first match with North Dakota State’s Dan Stibral 8-4, and dropped a close third place match 6-5 to Utah Valley’s Dustin Dennison.

The Cyclones sit in 7th place with 51 points going into the finals. West Virginia has two wrestlers in the finals and sit at 9th with 50 points, so the lowest Iowa State could finish is 8th.