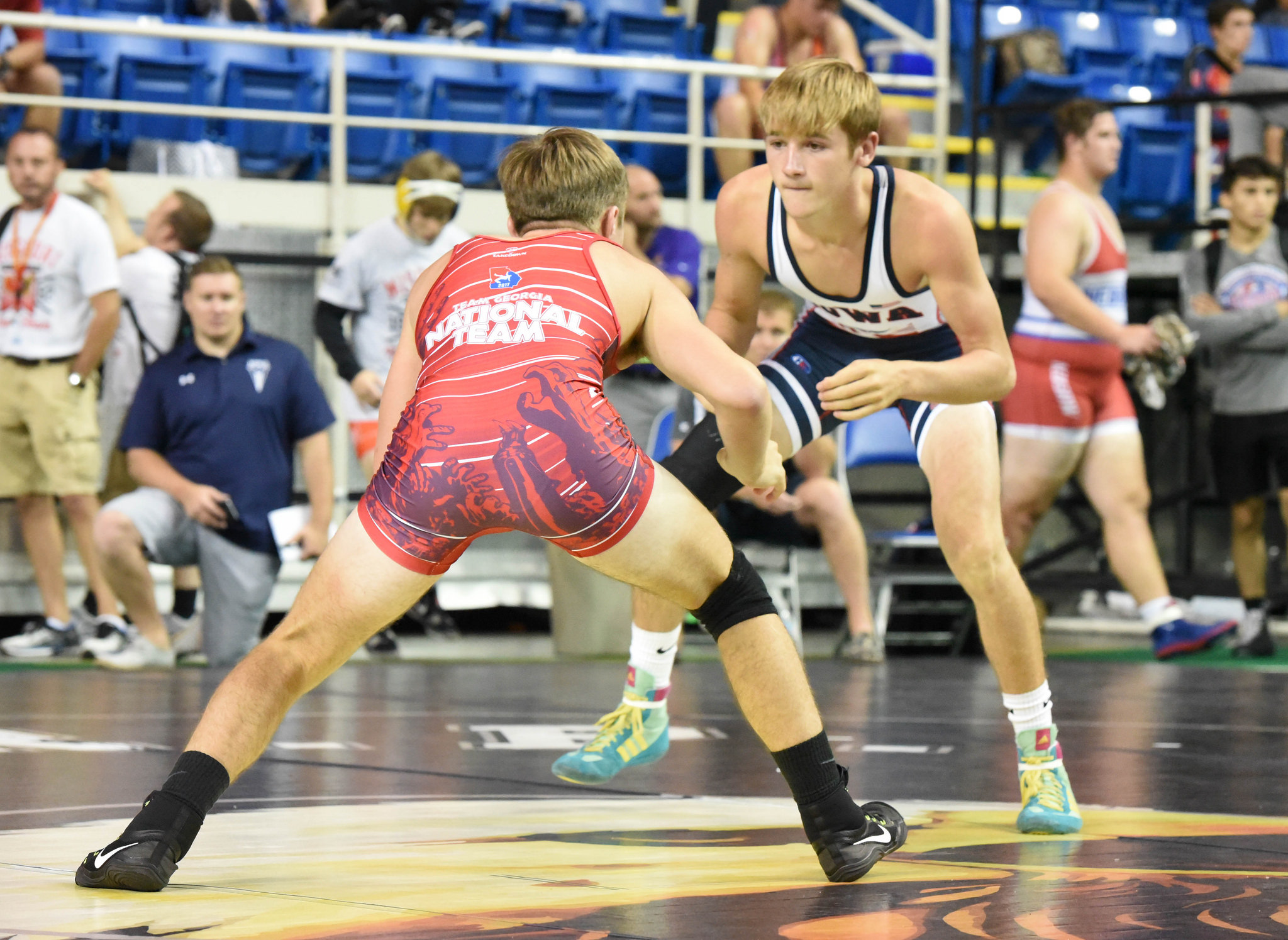 Fort Dodge prep Drew Bennett has given IAwrestle an inside look into his recruiting journey. The two-time state place-winner is considered one of the top lightweight recruits in the state for the class of 2018, and is rated the no. 11 wrestler in our latest Fab 50.

The Iowa recruiting grounds have heated up with the addition to Kevin Dresser and his staff so Drew Bennett has now landed himself in the top 5 uncommitted seniors in Iowa by IAwreslte. In state recruiting news has picked up since Fargo with Northern Iowa landing three top recruits in the last week in Michael Millage, Gable Fox, and John McConkey.

The Iowa Hawkeyes recently landed Illinois prep Anthony Cassioppi and have Nelson Brands in the class of 2018.

Drew Bennett’s stock has continued to rise throughout his high school career and it appeared he was on his way to a state title after beating Waukee’s Kyle Biscoglia twice during the regular season but Biscoglia beat him once again at the state tournament. Bennett has gone in and out of the national rankings at his weight class and is focused on getting bigger for his senior campaign.

Since the season ended Bennett has bulked up to 126 pounds this summer and appears to be slotted at 125 or 133 for the future. Given all three Iowa schools are in his top five, odds are he will stay in state. Bennett has yet to take his official visits.