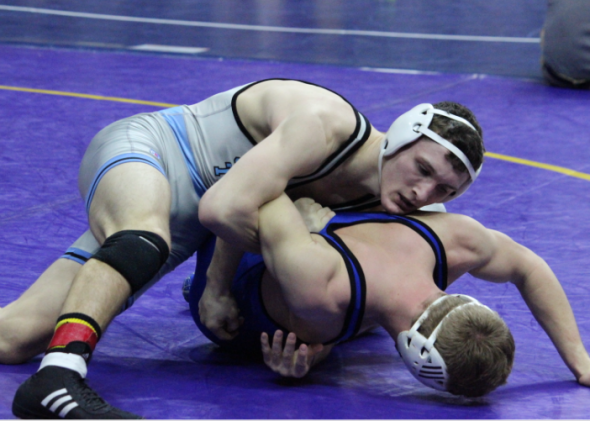 Another member of the IAwrestle Fab 50 has made his college decision, as South Tama prep Isaac Judge announced that he will continue his career at Iowa State. Judge stated he considered a couple smaller schools, but when the Cyclones contacted him he knew that was the place he wanted to be.

“I picked Iowa State because I know that’s the place to be.” Judge told IAwrestle on why he picked Iowa State, “Their new coaching staff is unreal and is going to great things for the program. I can’t wait to be a part of it. I’ve been practicing with them this summer and had a visit last spring and I love the environment.”

Judge was one of the state’s top 2A juniors this past season and notched one of his biggest wins in the state quarterfinals when he majored returning state finalist, Joe Kelly. The win would propel Judge to his first state title, and all the way to #24 on the latest edition of the Fab 50. Other accomplishments for Judge include an All-American finish at USA Wrestling Folkstyle Nationals this spring and a Corn Cob Nationals runner-up finish last spring.

“I am just excited to be a part of the team!” Judge added, “I know the team and coaches will push me to be the best I can be.”

One thought on “Isaac Judge Commits to Iowa State”