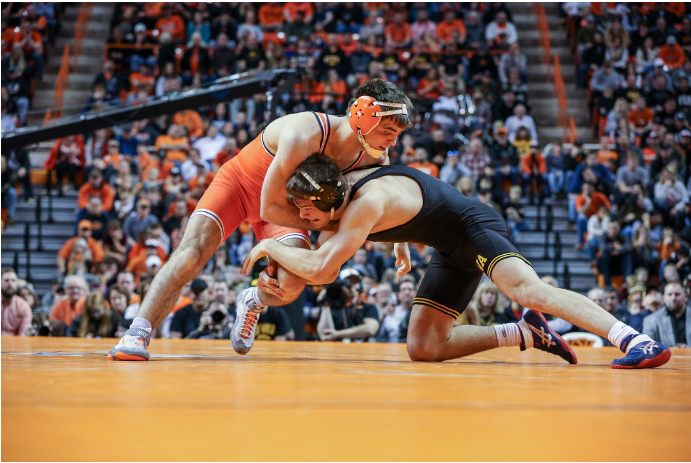 University of Iowa junior Skyler St. John will be transferring to Iowa State University for his final two years of eligibility. A graduate of Cedar Rapids Prairie, St. John will being joining his brother Derek at Iowa State, who accepted a coaching position at the school earlier this year.

After missing his entire redshirt season due to injury, St. John has made three dual starts over the past two years for the Hawkeyes going 2-0 in back-to-back seasons at the Iowa City Duals, and he was also the starter in against Oklahoma State last season. St. John sports a 9-5 career record, with a majority of his matches coming at 165 pounds. This past season St. John won the Pat Flanagan Open in Dubuque, Iowa with notable wins over teammate Jeremiah Moody by 6-5 decision and a win by fall over Iowa State’s starting 165 pound wrestler, Logan Breitenbach.

IAwrestle has confirmed that St. John has obtained a full release from the University of Iowa, and will have both seasons left to compete.