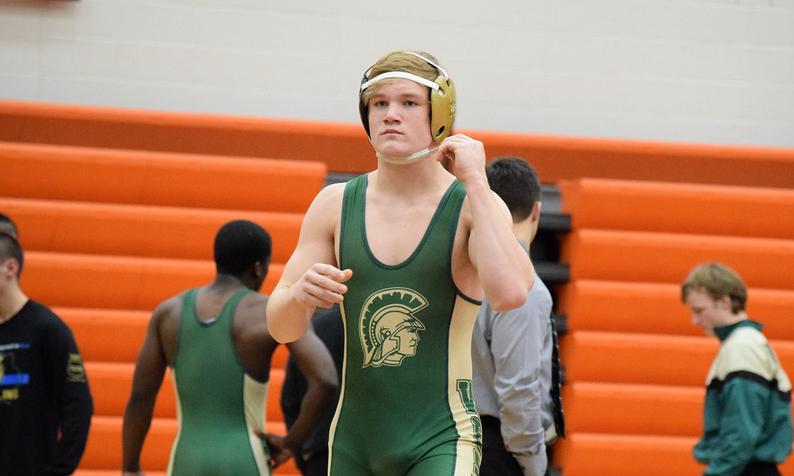 Iowa City West junior Nelson Brands has verbally committed to wrestle at the University of Iowa. This past weekend, Brands won his second state title for West downing Fort Dodge’s Cayd Lara in the 152 pounds 3A finals.

According to Brands it was his uncle, Tom, who is the head coach for the Hawkeyes that sealed the deal.

“He said exactly what I wanted to hear,” Nelson said of his conversation with head coach Tom Brands, “He didn’t like that other coaches were talking to me. He came to me as a coach and not as an uncle and that meant a lot to me.”

Over the past three years Nelson has displayed many of the same traits that made his father and uncle stars on the mat. He posses a relentless style and his pace often causes his opponents to break. It’s no surprise that Nelson led the entire state in takedowns this season and coming into the state tournament his closest competition wasn’t within 200 takedowns.

“I really like how he (Tom) told me that there was no other place that my style of wrestling should go and I agreed with him 100 percent.”

Obviously when your uncle and father coach at the University of Iowa the opportunity to wrestle for them is going to come up, but for Nelson he didn’t see that as the case.

“I don’t know if that is the deal,” Nelson said on wrestling for the same school his father coaches for, “It has nothing to do with why I chose Iowa. I chose Iowa because how I wrestle. And maybe I wrestle this way because of Tom and Terry Brands. Like I said it’s the best fit for me and where I want to compete for national titles.”

Brands added that he still believes his body may be growing so he doesn’t have a weight for college in mind presently.

“I haven’t really thought about that, I just want to wrestle for Iowa.”

Brands will join Gavin Teasdale as commitments in the 2018 class. Teasdale is currently ranked #2 at 126 pounds nationally, and is ranked #2 in the class of 2018 by Flowrestling. Brands is not currently ranked in Flo’s top 50 for the Class of 2018 and has been in-and-out of the top 20 weight class rankings. Prior to the 2016-17 high school season IAwrestle rated Brands #14 in our Fab 50.

One thought on “Nelson Brands commits to Iowa”