John McConkey Commits to the Panthers 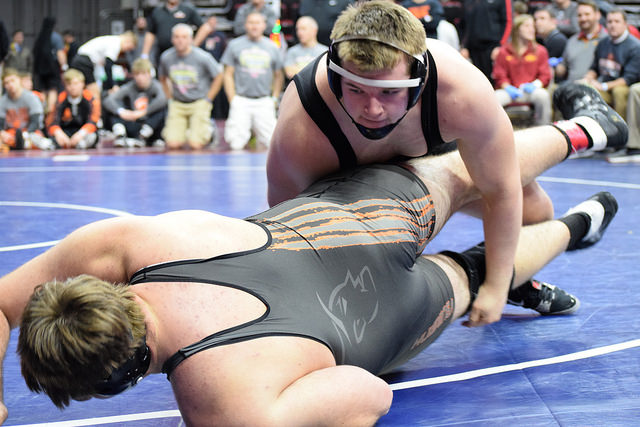 Full steam ahead for the Panthers, as they have landed their third recruit this week as Atlantic’s John McConkey has announced that he has committed to the Panthers. A two-time state medalist, McConkey is coming off his highest placement at the state tournament, taking second at 285 pounds in 2A.

“I picked UNI because of the great coaches and the atmosphere they have up there.” McConkey told IAwrestle, “It also lines up with some of the things I am interested in academically, and also I feel it is somewhere where I can achieve both my athletic goals and my academic goals.”

In addition to his highest state finish of his career, McConkey has been on a role this year, rocketing up the IAwrestle Fab 50 rankings (#37) and Flowrestling’s heavyweight rankings (#9). He will be joining a roster that features a pair of wrestlers coming off of redshirts this coming season in Frank Walsh and Carter Isley, the latter McConkey has already battled with at the 2016 state tournament.

McConkey said he picked Northern Iowa over Nebraska, Northern Illinois, and Coe College. The Panthers now have verbal commitments from three of Iowa’s top wrestlers in the class of 2018 in Michael Millage, Gable Fox, and McConkey.

Excited to announce my commitment to the University of Northern Iowa! #PantherTrain 🐾 pic.twitter.com/8LvN3RAqdQ

2 thoughts on “John McConkey Commits to the Panthers”