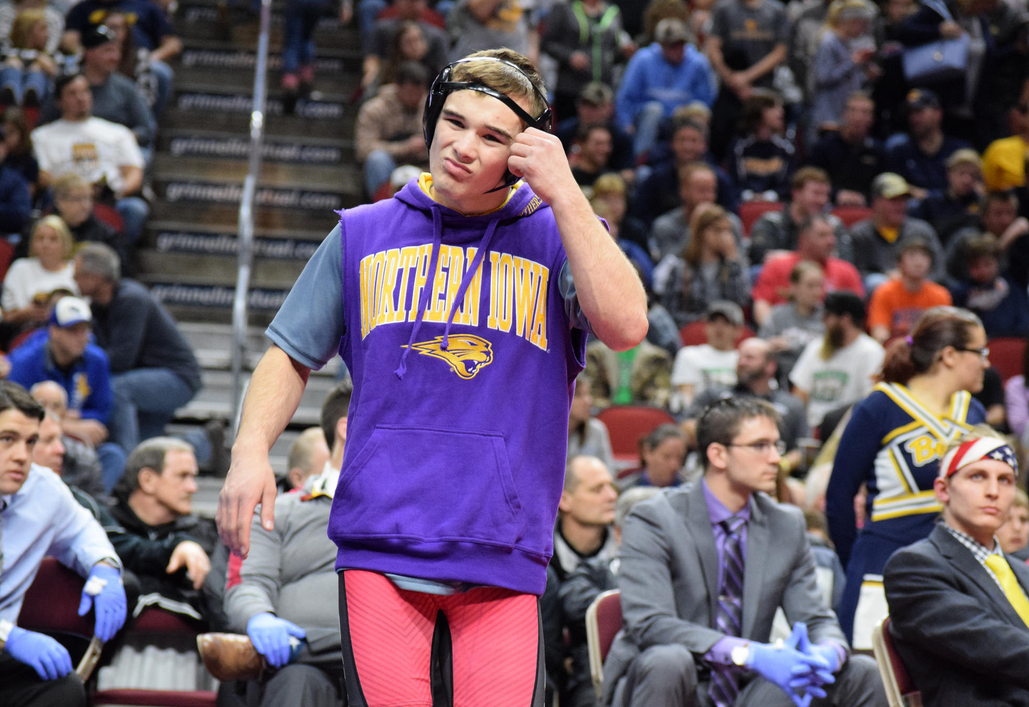 Three-time Iowa state medalist Cayd Lara of Fort Dodge has flipped his commitment from Iowa State to Northern Iowa. Lara verbally committed in July to Dresser and started a snowball of instate recruits. The idea of wrestling without his brother though quickly set in.

“The last couple months I realized that no one could push me to my limits like my brother could.” Lara told IAwrestle, “Having a brother that can do that will get you far in the long run and I’m excited to be back competing with him.”

His brother, Triston Lara, was a two-time state champion who put together a strong senior season running through the high school season where he lost just one match to fellow UNI signee Keaton Geerts (a matchup he had won earlier in the season). Triston will likely wrestle 141/149 for the Panthers.

“On top of being with my brother. UNI has a family like atmosphere, doing naything for each other. I know these guys have my back and I have theirs. This family feels like mine in Fort Dodge.”

Cayd Lara is coming off a season that featured his highest placement at the state tournament, finishing second to Iowa City West’s Nelson Brands in a highly contested battle. The following month, Lara squared off with 2A state champion Isaac Judge at War at West Gym, where he earned a major decision. Additional accolades include seventh and eighth place finishes at the state tournament, Corn Cob and Intermat JJ Classic titles, and also a fifth place finish at USA Wrestling’s Preseason Nationals.

There is little doubt that Lara will be featured prominently in IAwrestle’s Preseason Rankings, he currently plans to wrestle 152 pounds this year and 157 in college. His first competition this season will be at Preaseason Nationals this weekend in Cedar Falls.

“Best of luck to Iowa State. No hard feelings what so ever. At the end of the day it’s what’s best for me and you’ll see the best Cayd Lara compete at UNI.”