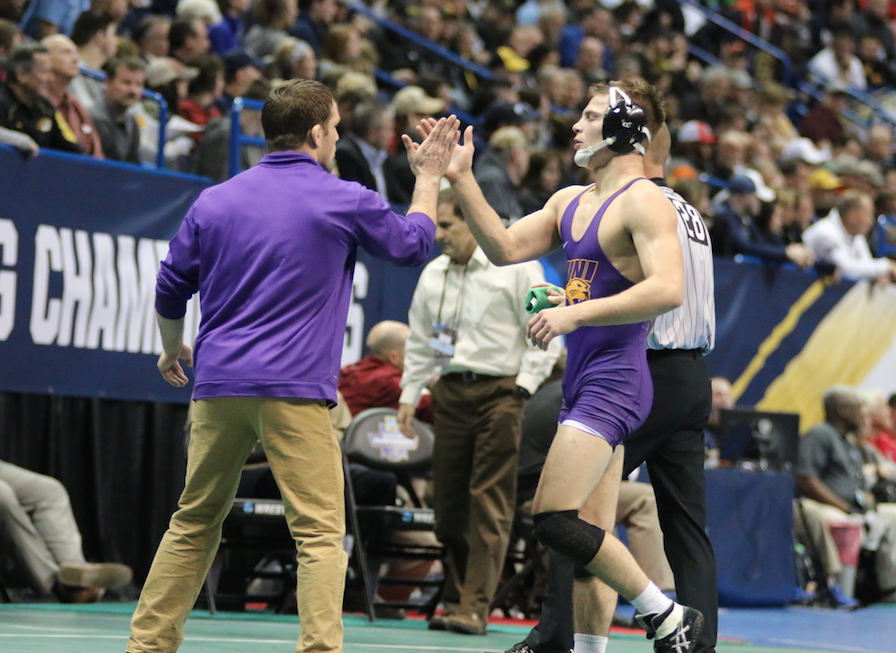 UNI All-American Max Thomsen will join his partner on the podium from last season, Drew Foster, in New Jersey November 5th at the NWCA All-Star Classic.

His opponent is also a returning All-American, but bumping up a weight class from last season. Matt Kolodzik finished 7th at the 2017 NCAA Championships, wrapping up a redshirt freshman year going 31-4. He first burst onto the national stage defeating Anthony Ashnault, 4-3, at Rutgers “Battle at the Birthplace.”

This will be the first meeting between the two and a matchup of top-five ranked wrestlers to start the season. Thomsen is ranked #3 while Kolodzik is #5 by Intermat.

The full NWCA release can be found below. The NWCA All-Star Classic will be available on TrackWrestling.

The NWCA All-Star Classic is hosted by Wrestlers in Business Network and sponsored by Princeton Brain and Spine and Northwestern Mutual Life.

Kolodzik is coming off a solid 30-4 season but a somewhat disappointing Division I championship tournament. Entering as the No. 4 seed, the Ohio native who prepped at New Jersey’s Blair Academy for three years, wound up seventh. With a new weight comes a new mission and the first person standing in the way of that mission is Thomsen.

An All-American last year as a freshman, Thomsen reached the NCAA Division I semifinals at 149 pounds as the No. 7 seed before ultimately finishing fifth. The redshirt sophomore from La Porte City, Iowa ended the season with a 31-7 record.

On the women’s side, two wrestlers who know each other very well will square off at 109 pounds. Emmanuel College’s Maria Vidales will face Campbellsville’s Charlotte Fowler in a battle of returning sophomore All-Americans.

The two met during their high school careers at the state tournament, with Vidales earning a 7-1 win during the pair’s junior season and a 5-4 win in the 6A 110-pound UIL state finals in 2016.

Both competed at the WCWA National Championships a year ago with Vidales finishing third and Fowler fifth. The two didn’t meet in that tournament.

Vidales, a Dallas, Texas native, was a state champion in Texas, one of the top states for girls high school wrestling. A four-time district champion in high school, Vidales has also jumped into the international freestyle circuit, recently finishing second at the UWW U23 World Team Trials earlier this month in Rochester, Minnesota.

Fowler, a native of Katy, Texas, was a two-time placewinner in Fargo at the USA Wrestling Cadet & Junior Nationals during her high school career. She also competed at the U23 Trials, falling to Vidales in the challenge tournament semifinals. Fowler finished third at 48kg.