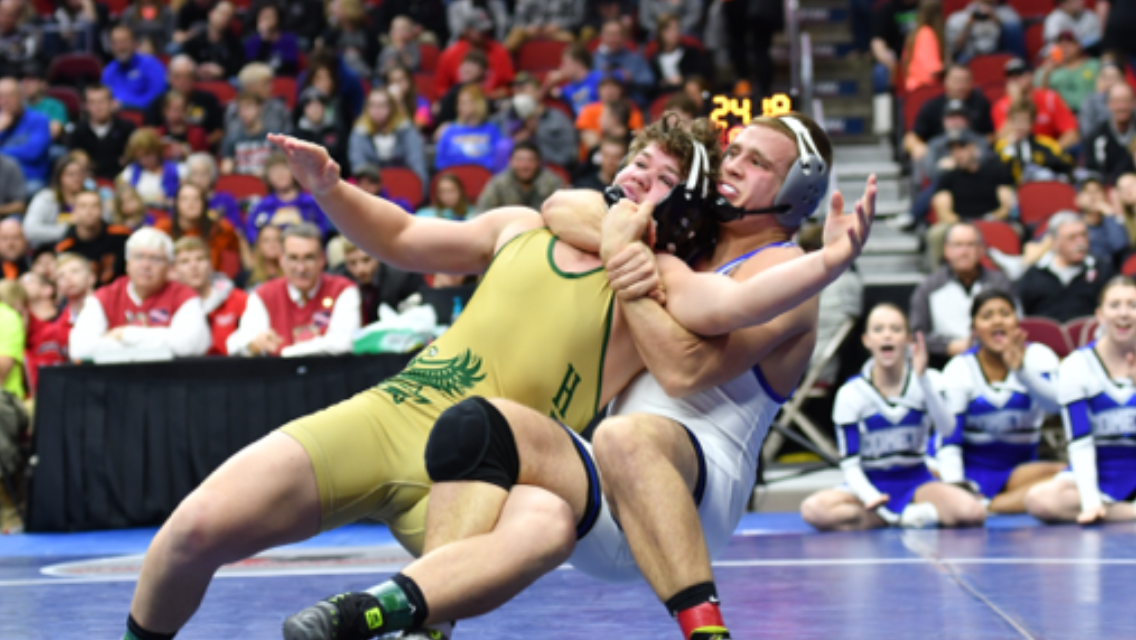 Coach Doug Schwab and the Northern Iowa Panthers picked up another big commitment from the state of Iowa landing three-time state place winner and 2017 state champion Bryce Esmoil of West Liberty. Esmoil is ranked #10 in the IAwrestle Fab 50 and has been in and out of the top 20 national rankings. He is projected to wrestle at 197 pounds for the Panthers.

“When I went on my visit I immediately fell in love with everything there.” Esmoil told IAwrestle, “The campus, the coaches, the guys on the team are all great and exactly what I was looking for. I love the intensity of their practices and the crowds and atmosphere in the West Gym get me fired up.”

Esmoil is coming off a junior campaign where he won his 1st state title with a 15-0 technical fall in the state finals and his closest match of the his impressive state tournament run was a 13-0 major decision in the quarterfinals. Prior to that Esmoil placed 3rd as a sophomore with his only loss coming in overtime in the semifinals of the state tournament. Esmoil also placed 7th in state at 195 pounds as a freshman. He chose the Panthers over Iowa, South Dakota State, Coe, and Grand View.

Esmoil also added “I would like to thank everyone who helped me get here. Especially my parents, brother, sister, family, friends, coaches, and my teammates.”

This will be Schwab’s fifth commit from IAwrestle’s Fab 50 with Esmoil checking in at #10. The Fab 50 ranks all wrestlers in the state of Iowa, regardless of grade or class. #4 Michael Blockhus, #7 Kyle Biscoglia, #23 Gable Fox, #37John McConkey, Noah Glasser round out the rest of the Panther Train’s 2018 recruiting class.