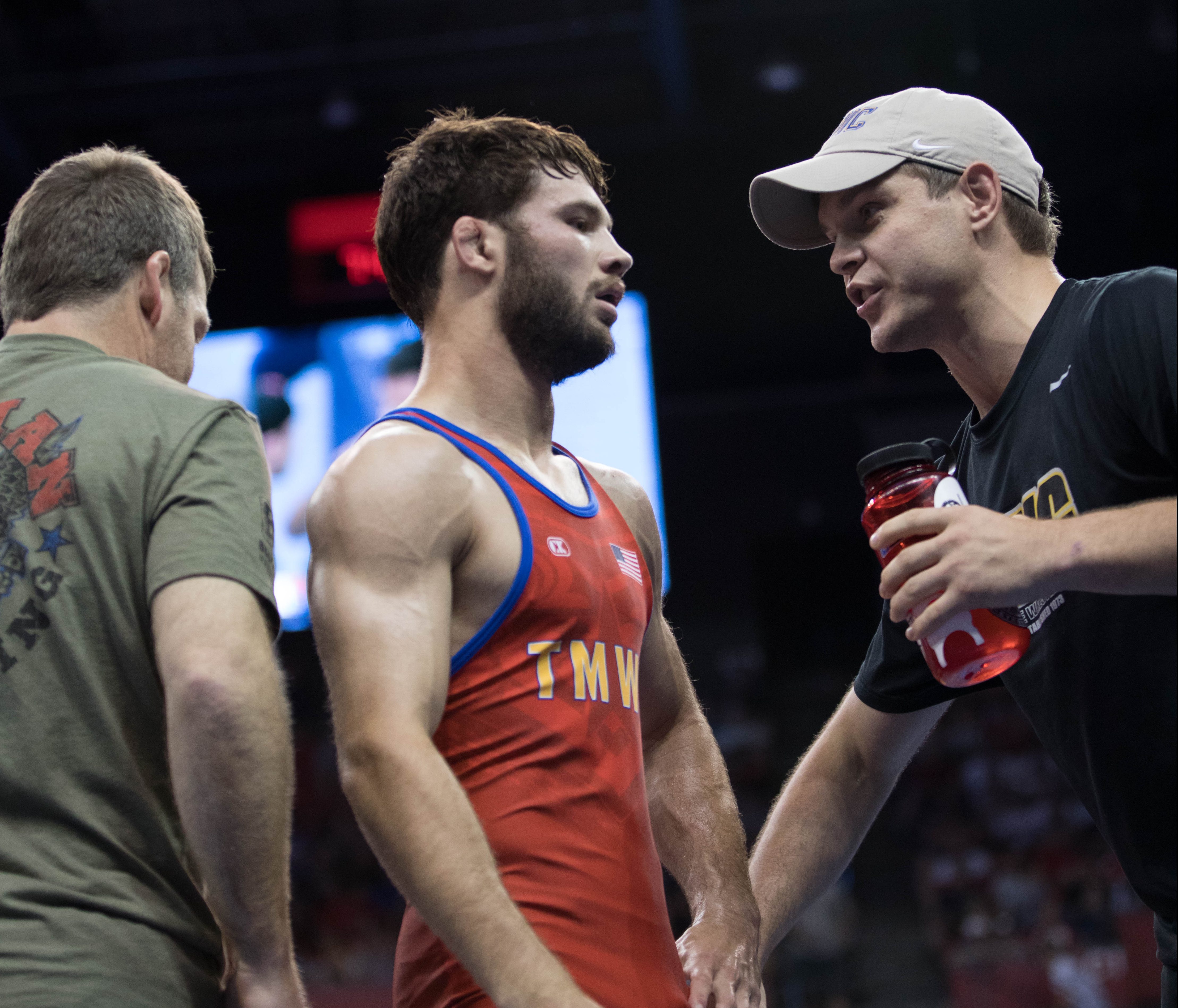 Earlier this spring, Tom Brands and company made a big splash in the wrestling community when they lured alum Mark Perry back to Iowa City to head up the Hawkeye Wrestling Club. Prior to his return to the Hawkeye program, Perry was the associate head coach at the University of Illinois and widely considered one of the top coaches for the next big Division I opening.

Instead, Perry chose to return to the Hawkeyes and switch his focus from folkstyle to freestyle. In less than six months the move is already showing dividends with the club attracting/signing two high profile freestyle wrestlers, and hardware returning to Iowa City for the first time in a decade. Let’s take a look at the timeline of the HWC’s successful summer.

4/10/17: Tom Brands confirms on Takedown Radio that 2017 Hawkeye graduate Thomas Gilman will indeed be joining the Hawkeye Wrestling Club, and that he will be the lone senior competing at the last chance qualifier.

6/21/17: Dom Bradley announces he is leaving Ames. Mentions Perry as a reason for looking at the HWC.

7/4/17: Pat Lugo transfers to Iowa. While Perry is not a University of Iowa coach, Lugo mentions the fact (Cedar Rapids Gazette story) of Perry being in the room made Iowa an attractive landing spot.

8/18/17: Pat Downey Transfers to Iowa, on the Potentially Dangerous podcast also hints that Perry’s presence at Iowa made an impact on his decision to consider Iowa.

*While Perry has only been in the room for about three months, we realize that a lot of Gilman’s career development has happened under the tutelage of Tom and Terry Brands. However, it’s a little kismet that the same summer that the HWC adds Perry, who has the intent to “change the scene” in USA international wrestling and is renowned for his film study, is the same summer that the HWC picked up it’s first World medal since 2006.

One thought on “The Mark Perry Effect”