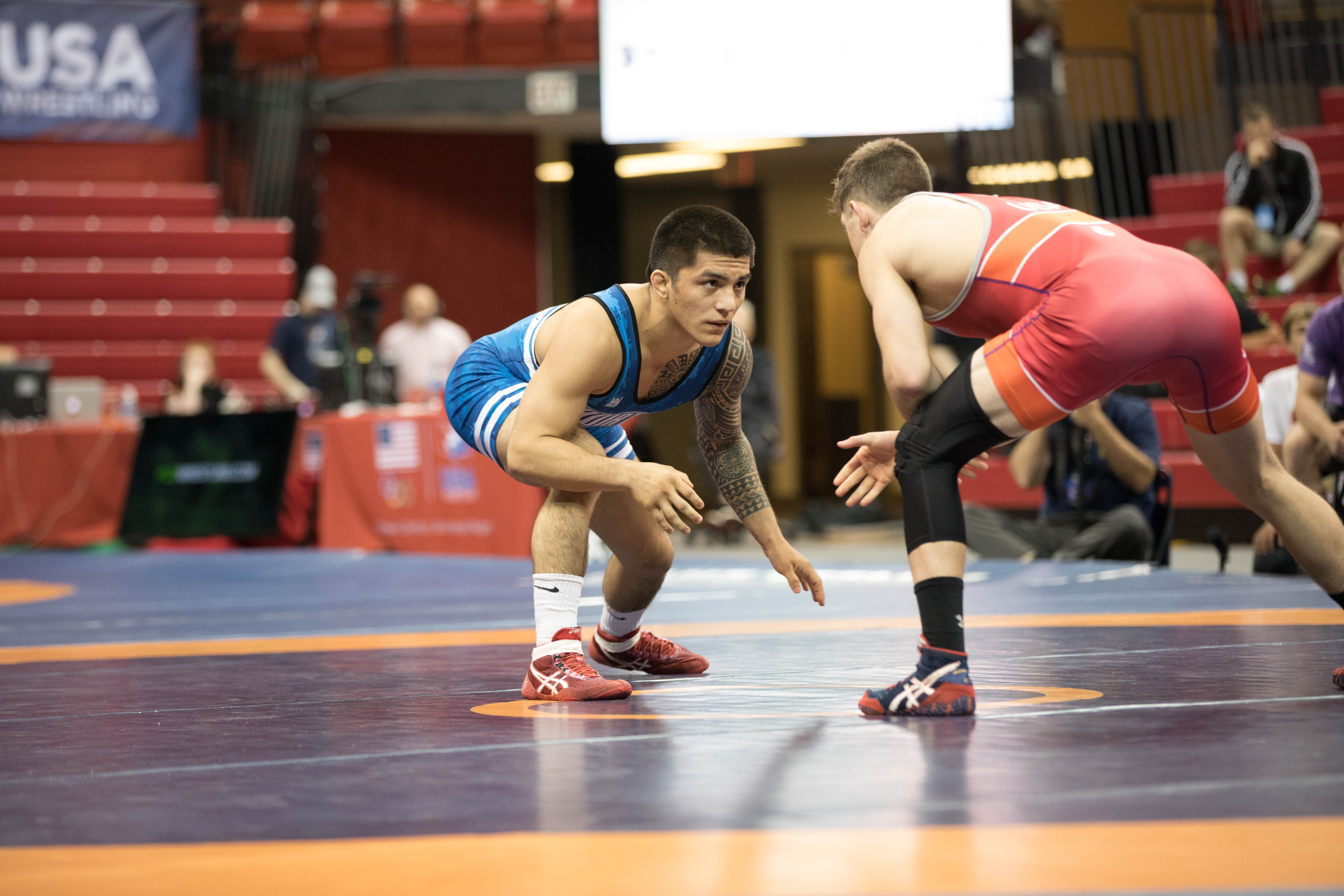 The University of Iowa has added a big time transfer in Pat Lugo of Edinboro. Lugo is a two-time NCAA qualifier with a 63-18 record at 149 pounds through his first two seasons of eligibility. In speaking with Lugo, IAwrestle was informed that he was not granted a release from Edinboro, but he intends to continue to pursue a release.

“It’s more of my style,” Lugo said on why he picked Iowa, “I feel like the team and coaches can help me improve a lot.”

Fans of Iowa should be familiar of Lugo going back to his high school days as a Florida prep. As a high school senior he had battles with both of Iowa’s top ranked wrestlers in the class of 2015, Max Thomsen of Union and Fredy Stroker of Bettendorf. Prior to the start of their senior seasons, Thomsen and Lugo battled in the Super 32 semifinals where Thomsen was able to grind out a tough, 2-1 victory. It was the second straight win over Lugo for Thomsen at the time. Lugo then ended his high school career by facing Stroker in the 145-pound finals at Junior Freestyle Nationals, where Stroker managed to come out on top 4-3 in another close match.

Hawkeye fans got their first taste of Lugo during the National Duals Series this past season, where Lugo scored a surprise, 7-5 sudden victory upset over Brandon Sorensen.

Finishing off Lugo’s Iowa ties, he also had a run in with Iowa State standout Kanen Storr in April at UWW Junior Nationals in the 66 kg semifinals. Storr managed to come out on top of that meeting. The pair would meet again at the UWW Junior World Team Trials with this time Lugo coming out on top in dominating fashion. Lugo would go on to finish second at the the trials.

Lugo obviously has top end talent, but has yet to break through to All-American status. In regard to Lugo fitting into the Hawkeye lineup his eligibility meshes perfectly given the fact that Sorensen is entering his senior season, and Lugo still has a redshirt remaining. If Lugo is not able to obtain a release, that would mean that he could use that redshirt for the upcoming 2017-18 season, and then slot in after Sorensen graduates for his final two years of eligibility. If a release is eventually obtained, Lugo could contend for the Haweyes starting spot right away at 141 pounds, which was recently vacated by the graduating Topher Carton.