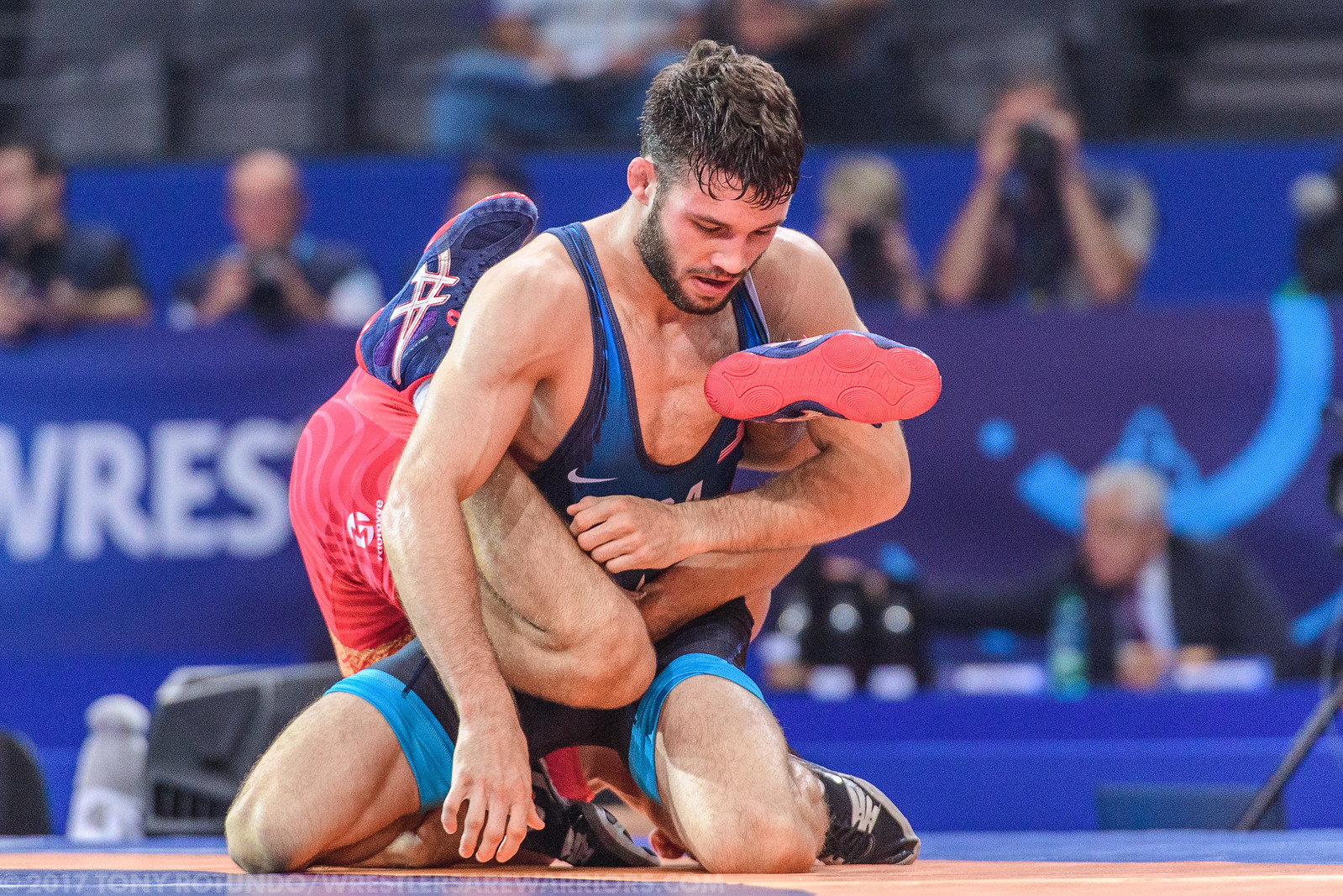 It was a big week in Paris, France for the Hawkeye Wrestling Club as they saw two of their newest wrestlers put in medal winning performances at the 2017 UWW World Wrestling Championships. The first being the most recent HWC addition, Alli Ragan* who won silver at 60 kg competing in Women’s freestyle wrestling. The second medal came from Men’s freestyle wrestler Thomas Gilman at 57 kg.

*Note: Ragan has not officially signed with the Hawkeye Wrestling Club, but signs seem to point to a deal getting done and an announcement coming in the near future.

But two silver medals isn’t the only thing the HWC added to its “war chest” this past week, as online members of the University of Iowa’s Rivals website, the Hawkeye Report, added almost $9,000 in donations to the club. The fans who discuss Iowa wrestling on the Hawkeye Report’s message board came up with a quick and easy way to raise money for the club they support.

The concept of the grassroots fundraiser were simple. One fan challenged any member on the Hawkeye Report to match his donation of $25 for every win that Thomas Gilman earned at the World Championships. From there it spread like wildfire with other users pledging various amounts per Gilman win. Once the news broke that Ragan would be joining the club, fans adjusted their pledges to include donations to the club accordingly.

“The Hawkeye Report (HR) continues to amaze me,” said Randy Novak, president of the Hawkeye Wrestling Club, “That message forum defines grassroots support. I find myself reading that forum a couple times a day. Since April I have met some very special people from that forum that are working hard to help the HWC – in addition I call them good friends. As crazy as the comments seem at times – most of the people I have met and interacted with are genuine. They want success for the collegiate team and the HWC athletes, and are willing to donate time and money to improve the odds so to speak.

“Most of what the HWC has done since April has come from their ideas. Yes, we have to execute them, but HR is what got this (movement) started really. I don’t mind even reading the negative comments. We are not going to make everyone happy, but people care and that’s important.”

Not all of the money raised went directly to the Hawkeye Wrestling Club, as some members of the message board also pledged donations to another wrestling based charity, Wrestling For Life, with some members pledging based on Gilman’s performance and others pledging an amount for each win by Team USA.

The results are astounding, as an additional $3,000 in funds were raised to Wrestling For Life, which is led by noted wrestling fan Jim Brown. One of the charity’s main services is to provide wrestling shoes for young wrestlers who otherwise may not have been able to afford or easily obtain a pair. Another way Wrestling For Life gives back to the sport is by providing tickets to wrestling events.

“The Hawkeye Report community has always been good to Wrestling for Life.” Brown told IAwrestle, “Over the past few years HR posters have accounted for about 60% of our cash donations and 85% of ticket gifts.

“We are using this generosity to replenish our wrestling shoe inventory and if all pledges are fulfilled we will be able to purchase 75 – 100 pairs that will be donated to youth clubs and middle schools serving financially challenged populations. I am extremely grateful for everything our friends on Hawkeye Report do for us.”

This is not the first time members of the Hawkeye Report message board have banded together to support the Hawkeye Wrestling Club. Earlier this spring members pledged donations to the Club in another grassroots movement that led to over $125,000 in donations, which led to site owner Tom Kakert to write an article on the outpouring of Iowa wrestling support.

“We have a lot to do.” Novak said on the coming months and on how to continue the current momentum the HWC is seeing, “I feel like we are just getting started, but a plan is forming and I think we are on the right path. Look for some announcements in the coming months.

“It wont be easy. Fundraising to get us to the level we want isn’t a given. We will have to work hard to earn support. Hopefully fans will spread the work about our newsletter (www.hwcdonor.com/newsletter) and our recurring donor program (www.hwcdonor.com) . A monthly donation that we can count on is a big part of our future success.”

Hawkeye fans can also participate in the HWC’s golf outing in Norwalk, Iowa next month. The outing will take place on Thursday, September 21st 2017 at the Echo Valley Country Club. The cost is $200 per individual ($800/foursome) with more information available on the HWC’s website.