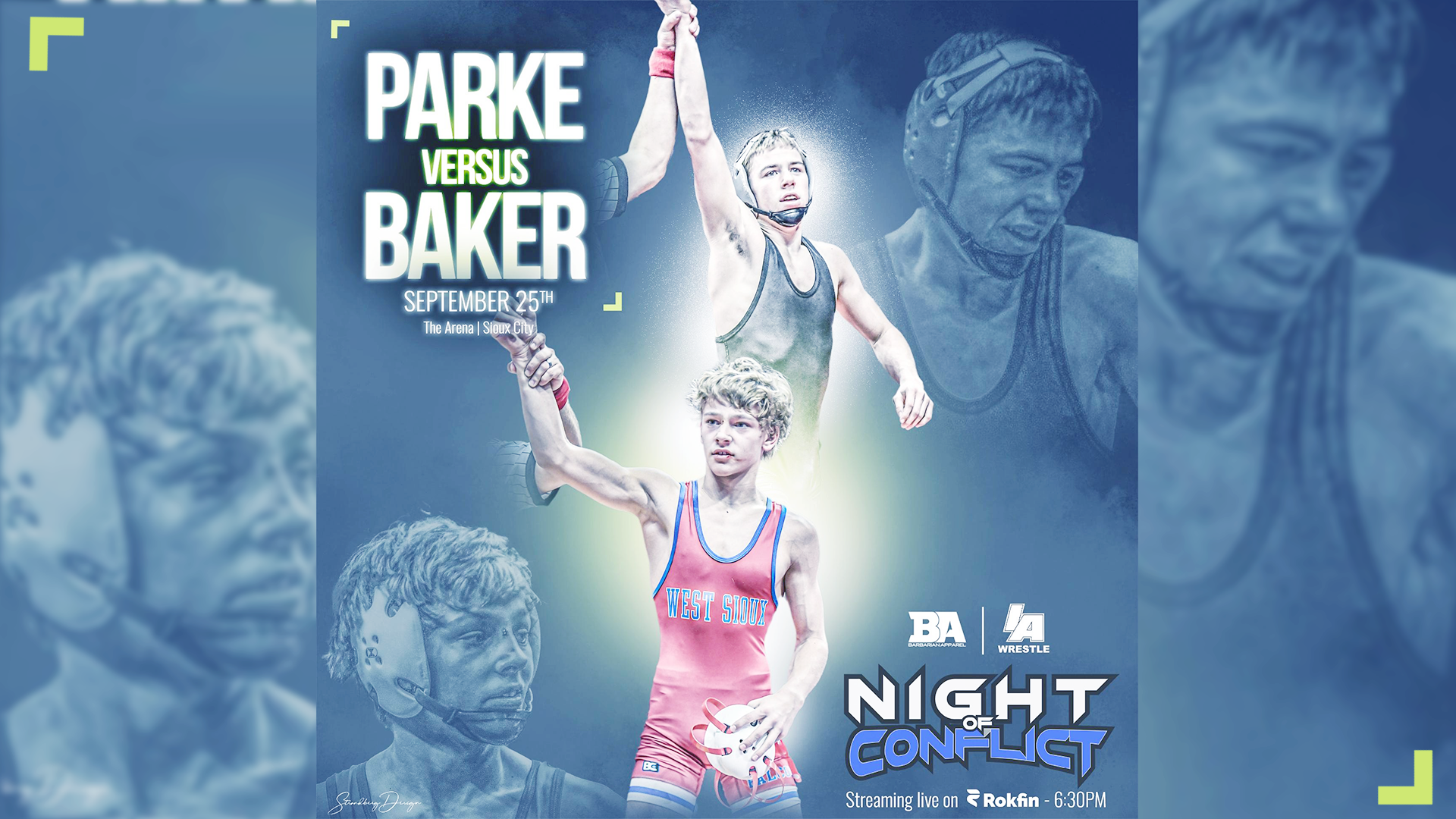 It will be a battle of western versus eastern Iowa for our next two Night of Conflict matches as a pair of West Sioux wrestlers will enter the event to battle Bryce Parke of Linn-Mar and FAB50 member Cole Whitehead of Center Point.

Taking on Whitehead will be junior Braden Graff, who has now placed third in back-to-back state tournaments. Last Spring, Graff just nearly missed the cut of the FAB 50, and is certainly in that “honorable mention” territory – which means he is a sliver away from being able to work his way in. His opponent will be returning state finalist Whitehead, who is also a two-time state medalist.

Last fall Graff competed in our NOC event against Midland’s Damon Huston (#43 in our FAB50) and left with a narrow, 2-0 defeat – despite wrestling all the way up at 119 pounds. Graff’s loss at the 2020 state tournament came at the hands of New London’s Marcel Lopez (#15). Huston went on to be the 120-pound state runner-up.