Another Iowa vs Nebraska Matchup Added to Night of Conflict 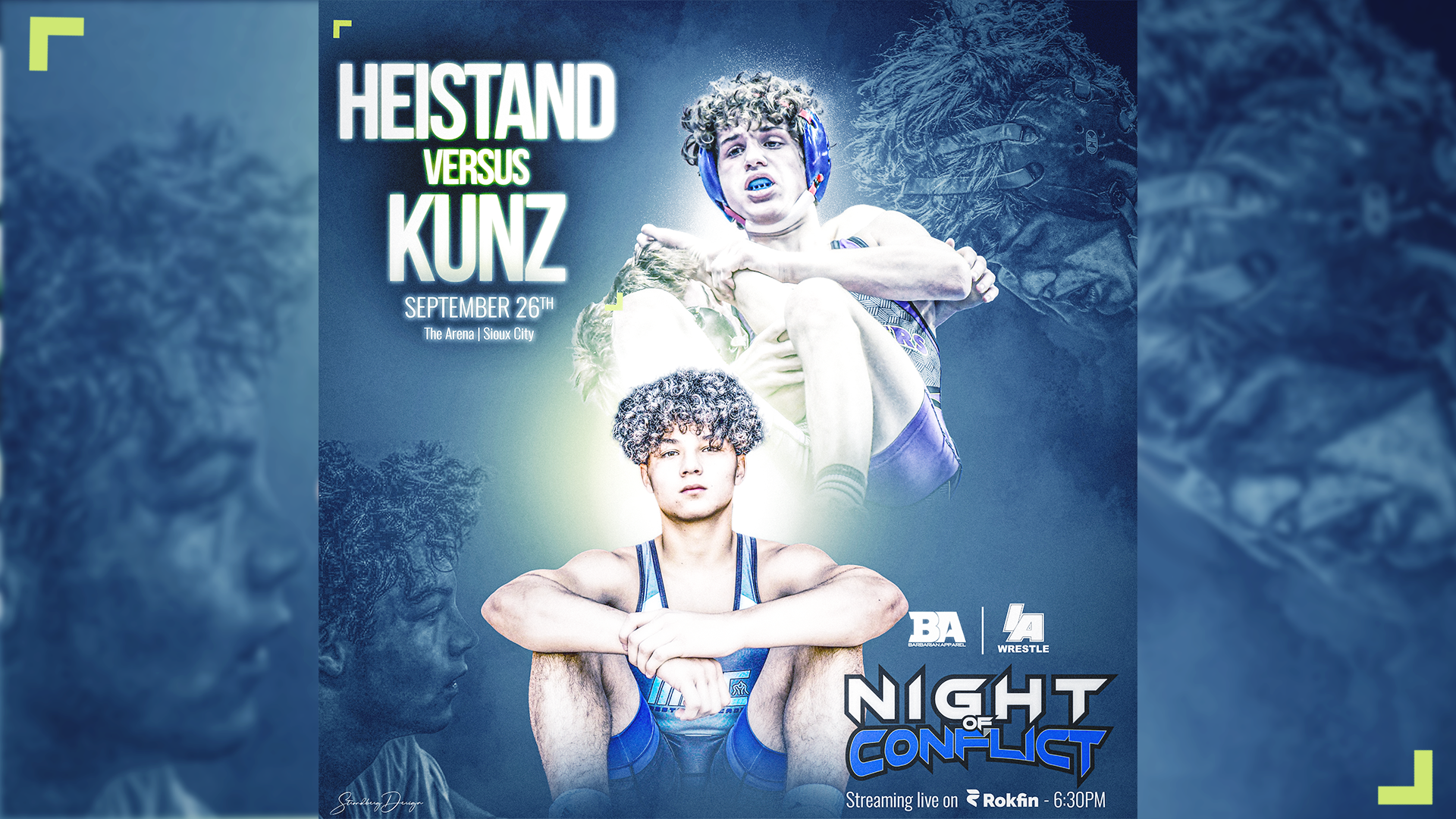 It’s another double release for as two members of the IAwrestle FAB50 square off against out of state foes on the Men’s card. The first match we are releasing is Logan-Magnolia’s Hagen Heistand, who will take on Dyson Kunz of Central City, Nebraska, and Greene County’s McKinley Robbins will face Carter Schmidt of Belgrade, Montana.

Checking in at #37 on the FAB50 is Heistand, who has finished third as a freshman and sophomore at the state tournament. He will also be seeking yet another Night of Conflict victory after defeating Austin Kegley at last year’s event. Additional accolades for Heistand include 2019 USA Wrestling Preseason Nationals runner up and he has medaled at several USA Wrestling Freestyle/Greco-Roman regionals.

His opponent from Nebraska will be Kunz who is a two-time state finalist in Nebraska and claimed his first state title in 2020. He has also earned Fargo All-American honors in freestyle, and is a two-time UWW All-American in Greco-Roman. He was recently ranked #1 in NEwrestle’s preseason rankings for Class C.

The other matchup features Robbins, who jumped into the FAB50 at #46 after a runner-up finish in his freshman campaign. Robbins is definitely one of the exciting prospects in the class of 2023 as he looks to continue to build his resume.

His opponent will be fellow freshman Schmidt from Montana (actually from the same Big Game Wrestling Club affiliated with Dylan Carew – who now oversees his North Liberty location). Schmidt was runner-up as a freshman in Montana. Earlier this summer Schmidt picked up a huge win over MatScout’s #14 ranked Jacob Van Dee at Rocky Mountain Nationals in Bettendorf and has previously defeated Waverly-Shell Rock’s Ryder Block.  This match has the making of two young potential stars meeting.