Full Lineup set for Next Weekend’s Night of Conflict 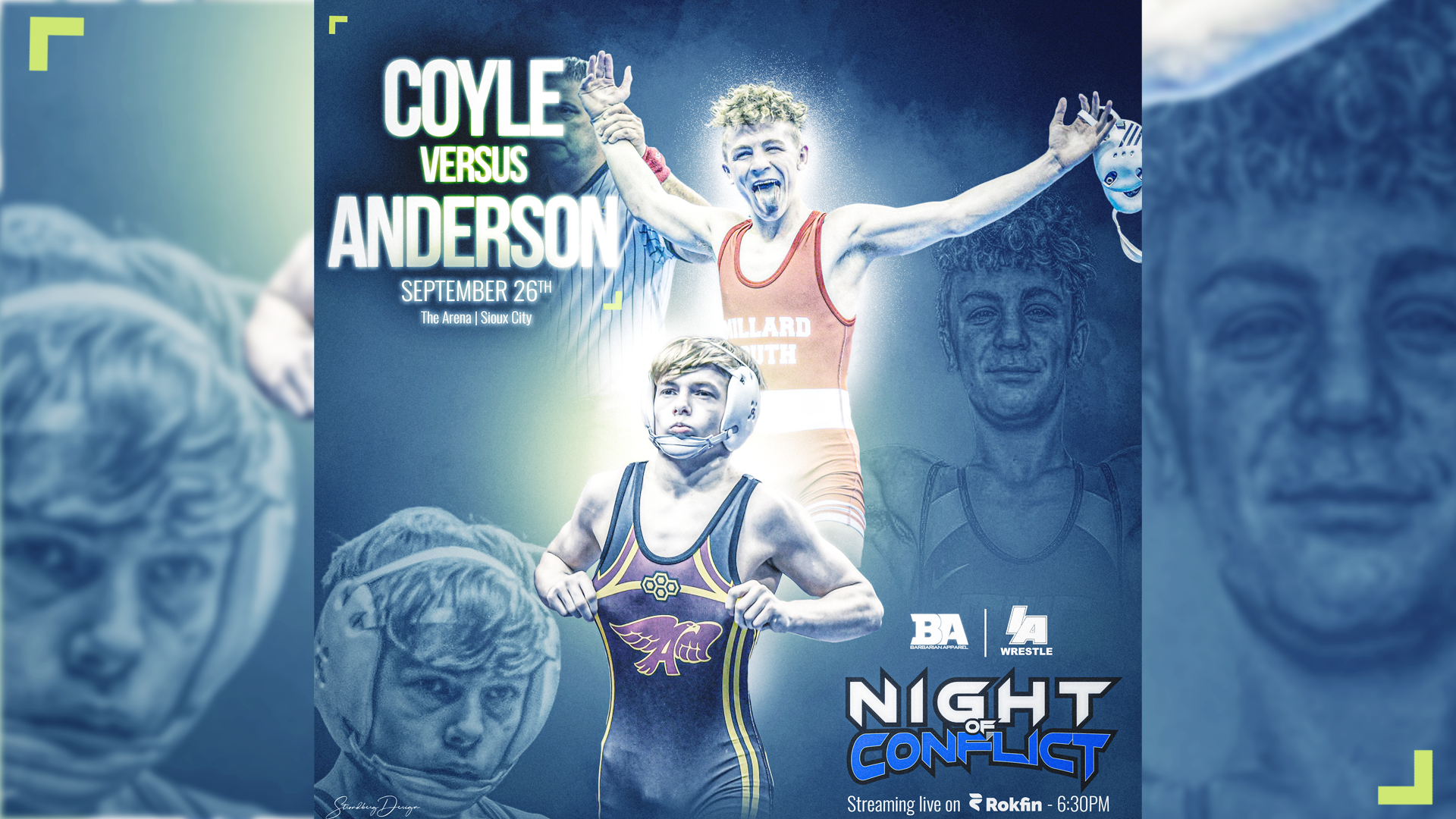 The Men’s Night of Conflict card is officially filled as our 15th matchup will feature Ankeny’s Trever Anderson taking on Caleb Coyle from Nebraska. This matchup will pit two of the top wrestlers from their respective state’s against one another and is the fifth Iowa-Nebraska match across both cards.

There is no questioning Anderson’s talent as the Ankeny lightweight burst on to the high school scene by winning a state title as a freshman – going through two of our FAB50 wrestlers (Ryder Downey and Aiden Riggins) along the way. That summer he went on to place seventh in the country out at Fargo. As a sophomore he took third in what was once again a loaded 3A bracket (lost to Downey).

His opponent is three-time Fargo All-American Coyle, who recently debuted as #1 in NEwrestle’s preseason rankings. He is a three-time state finalist having won his first title in 2020. Two of his All-American honors at Fargo have come in the Junior division (106 in 2019) and he has also earned All-American status at USA Wrestling’s Preseason Nationals. He recently committed to wrestle for Oregon State after he graduates in 2021.