Night of Conflict Returning This Fall 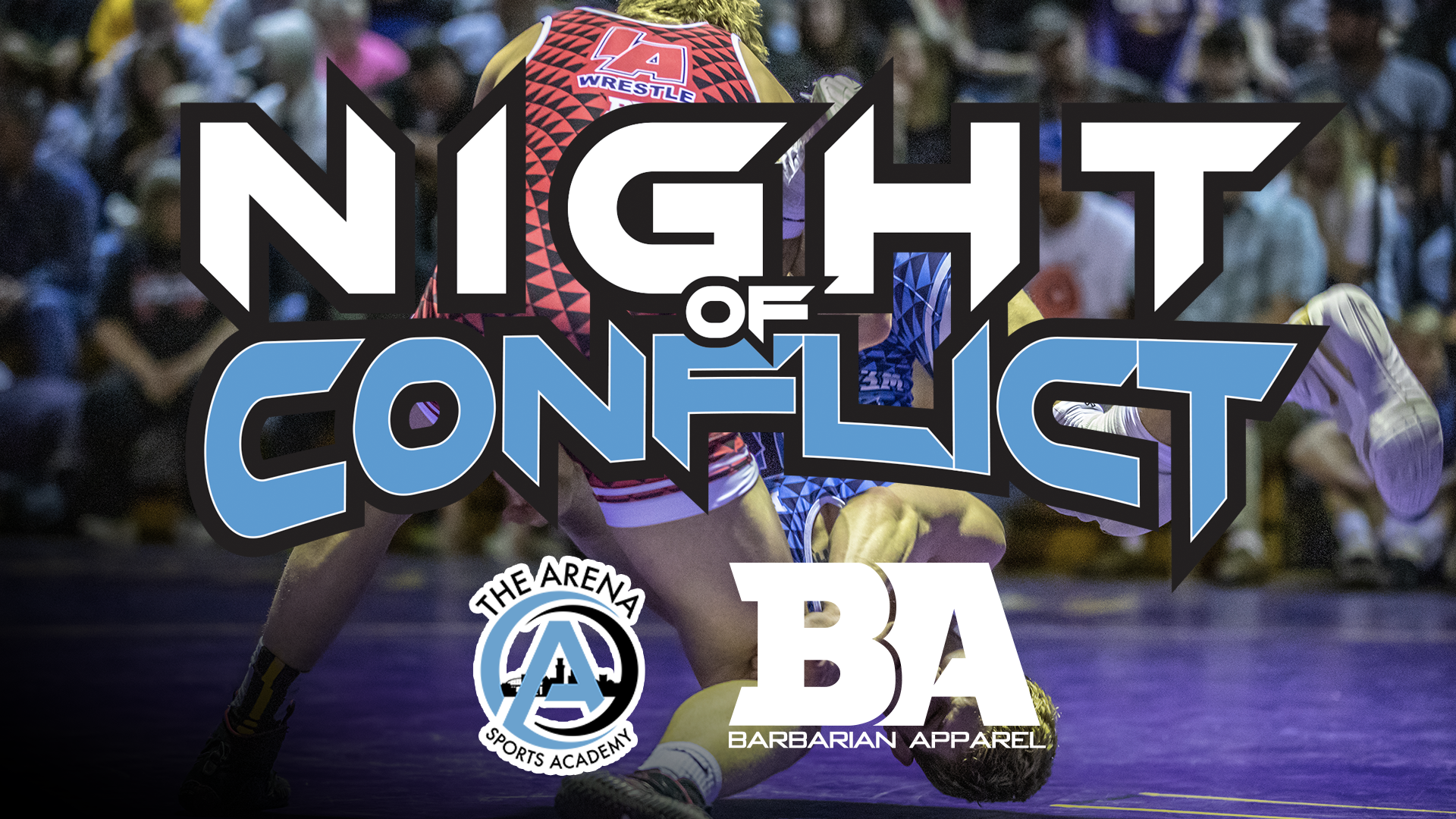 IAwrestle is pleased to announce that Night of Conflict will make its return as one of our premier events, September 25th and 26th in Sioux City, Iowa at The Arena. As usual, the event will feature some of the state’s top talent, but this year there will be an added twist. Traditionally, IAwrestle has produced an event featuring men and women’s bouts, but this year we decided to make it a two-day event.

“Western Iowa has needed an event like Night of Conflict. We’re excited about the buzz this will create for the sport in the area and for girls wrestling,” said Tony Hager, director of the Night of Conflict event.

In an effort to showcase the women in Iowa we have moved them to their own night – and increased the number of women’s matches which will give them a standalone card. The men’s event will take place the next evening on Saturday night. The event doors open at 5:30 PM with the first whistle to blow at 6:30 PM on both nights.

“Women’s wrestling is growing not only in Iowa but across the country. Iowa now has the numbers and talent to put on a showcase.” – Hager added

The first two bouts on the men’s card will feature wrestlers from the Western half of the state. Our first two matches are two standout leaders from the area. Woodbury Central, Moville’s Beau Klingensmith will face off against Waverly-Shell Rock’s state champion Bailey Roybal, and Jack Gaukel of Sergeant Bluff-Luton will face Linn-Mar standout Tate Naaktgeboren.

“NOC is the premier, pre-season wrestling event featuring Iowa high school wrestlers who have performed at the highest level in a state known for wrestling. I can’t speak highly enough on the prestige of the NOC. I am very excited for the greater Siouxland area to have a chance to come watch Iowa’s finest wrestlers. I have always believed that watching and competing in high-level wrestling will help set the bar higher for the individual. The NOC is now here giving the chance for our wrestling community to see what it takes to be where the NOC participants are at,” commented Clint Koedam, SBL Head Wrestling Coach and Arena Wrestling Academy Director.

Past sites for this event include Carver-Hawkeye Arena in Iowa City. The Arena boasts a capacity of 3,500 but will adhere to a strict 25% capacity max for this event, to ensure the safety and comfort level of all spectators. Due to Covid-19, 650 tickets will be sold to the event but an option to live stream the event will be available on Rokfin and Long Lines Broadband.

“When I got the call from Tony that we had received the opportunity to host this event, I was extremely excited. Every day, we fight really hard and work behind the scenes to provide not only great youth programming for our community but also to attract world-class events to Sioux City. This event will undoubtedly have a positive impact on many local businesses, but the fact that wrestling families in our community can have exposure to a top-notch event such as this, right in their own back yard, is what gets me excited. I know Siouxland will show out for this event. I hope our relationship with Tony and “Night of Conflict” will grow in Sioux City and last for years to come – we will do everything in our power to make sure that happens,” stated Dustin Cooper, Arena Executive Director.