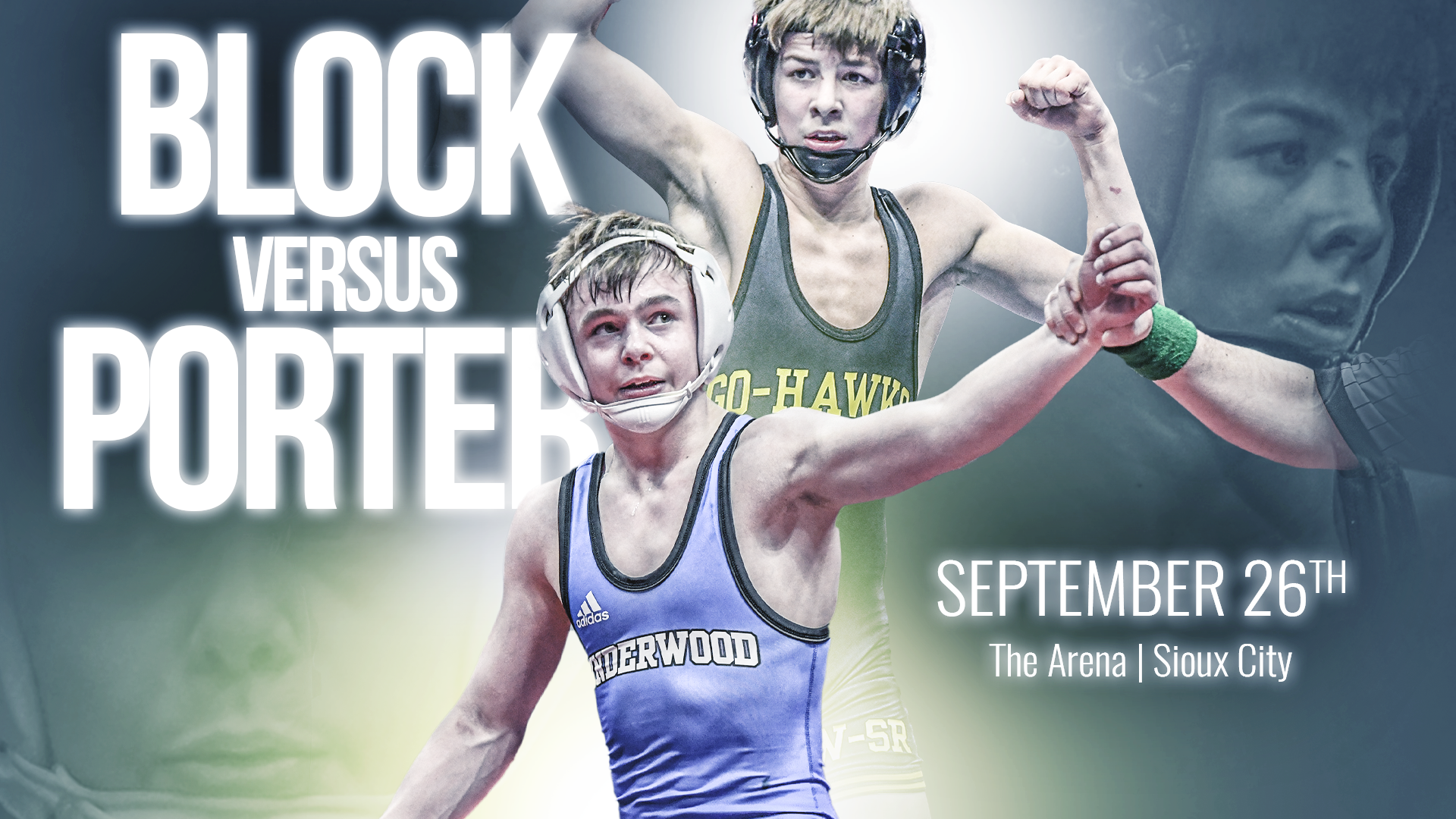 It will be a battle of 2020 state champions in our next bout announcement for Night of Conflict as Underwood’s Gable Porter will face off with Waverly-Shell Rock’s Ryder Block. The latter of the duo is currently ranked #15 in the nation at 113 pounds according to MatScouts. The dual event which takes place on 9/26 will be available to subscribers on Rokfin and Long Lines Broadband, with limited in-person seating at The Arena in Sioux City, Iowa. (TICKETS)

Both of these wrestlers were among our “Freshman to Watch at the 2020 State Tournament”, and with both wrestlers coming away with titles in February there is no question both lived up to the billing. They were both ranked atop their weight class heading into state and both managed to claim their weight’s top prize.

Porter defeated Don Bosco’s Jaiden Moore in the finals, while Block defeated (formerly of Linn-Mar and now of Independence’s) Brandon O’Brien. This will also be a meeting between two wrestlers in the IAwrestle Fab 50, as Block comes in ranked #17 in Iowa and Porter checks in at #26.

Porter joins two other standouts from western Iowa on the card in Beau Klingemsith and Jack Gaukel. While those two have been among the biggest names in western Iowa, Porter has the making of being their successor as the face of that side of the state.