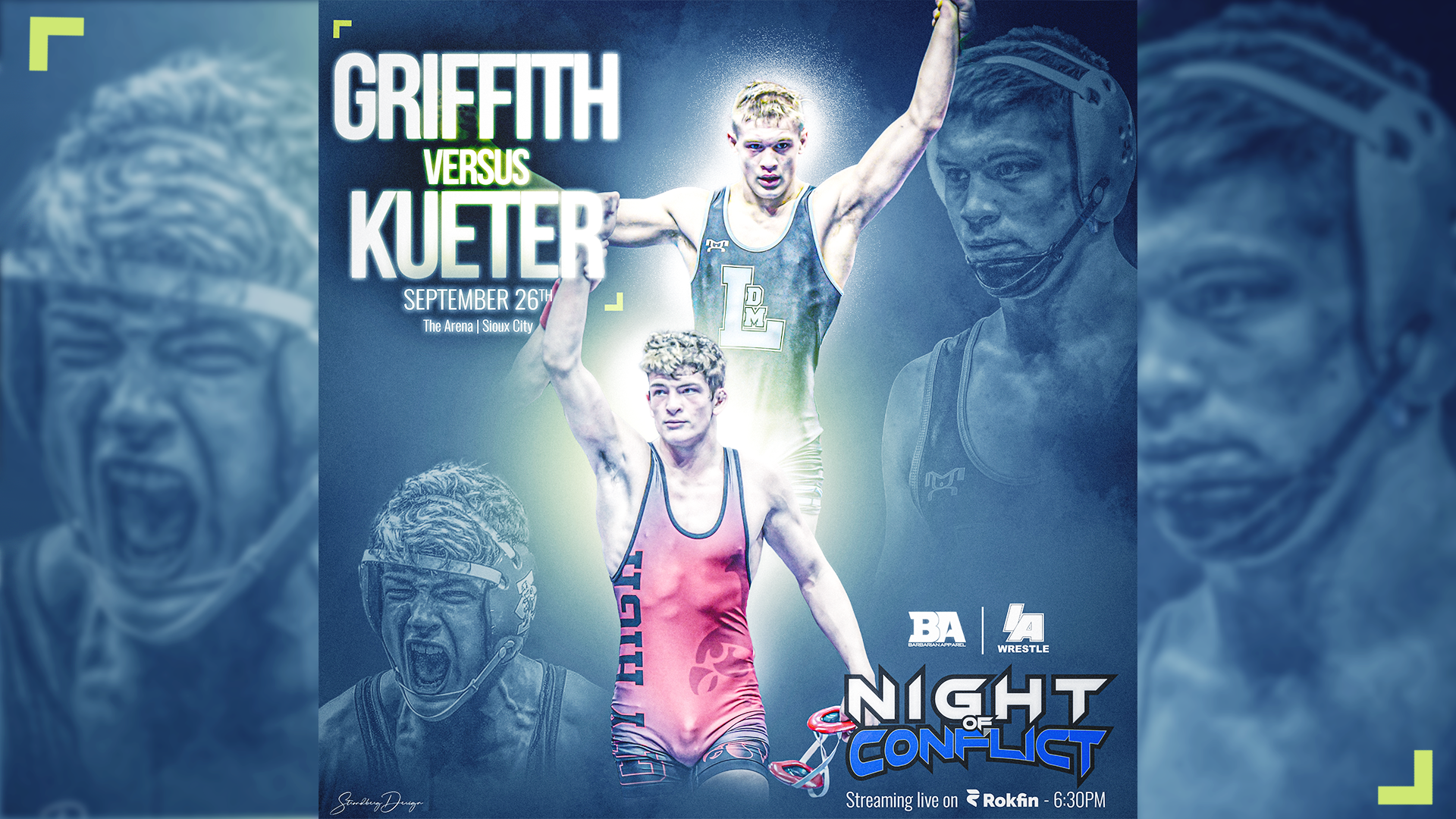 By Ross Bartachek
Our next men’s match announcement is heading back to the upperweights, with a pair of 3A standouts battling it out. We will see Des Moines Lincoln’s Mickey Griffth square off with Iowa City’s Ben Kueter in a match between two of IAwrestle’s FAB50 wrestlers.
There was little questioning that Griffith had one of the biggest breakout years as a sophomore going from missing the state tournament his first year to state champion in his second. Griffith powered his way through the 2019-20 season with a 35-2 record. His first eye opening performance was when he won the Cliff Keen Invite in Independence, where he defeated Nolan Wanzek in the finals. Currently, MatScouts has Griffth as a top 100 recruit in the Class of 2022.
His challenger will be Kueter, who was one of several impressive freshmen that came away with a state title at the 2020 tournament. Kueter wrestled an abbreviated season going 24-0 at 160 pounds, downing fellow freshman Tate Naaktgeboren in the finals. Currently, MatScouts rates Kueter as the #10 prospect in the Class of 2023, and Naaktgeboren as the #12. Obviously to carry a top 10 class ranking means Kueter has a laundry list of accomplishments and he has been a staple in Team Iowa for the USA Wrestling National Duals.
The dual the event which takes place on 9/26 will be available on Rokfin and Long Lines Broadband, with limited in-person seating also available.
More details about Night of Conflict can be found on the event website.
Women’s Matches (9/25) – 6:30 PM Start
#1 Millie Peach (Iowa Valley-Marengo) vs #1 Zeriah George (Winnebago, NE)
#1 Meridian Snitker (Waukon) vs #2 Emma Grimm (Osage)