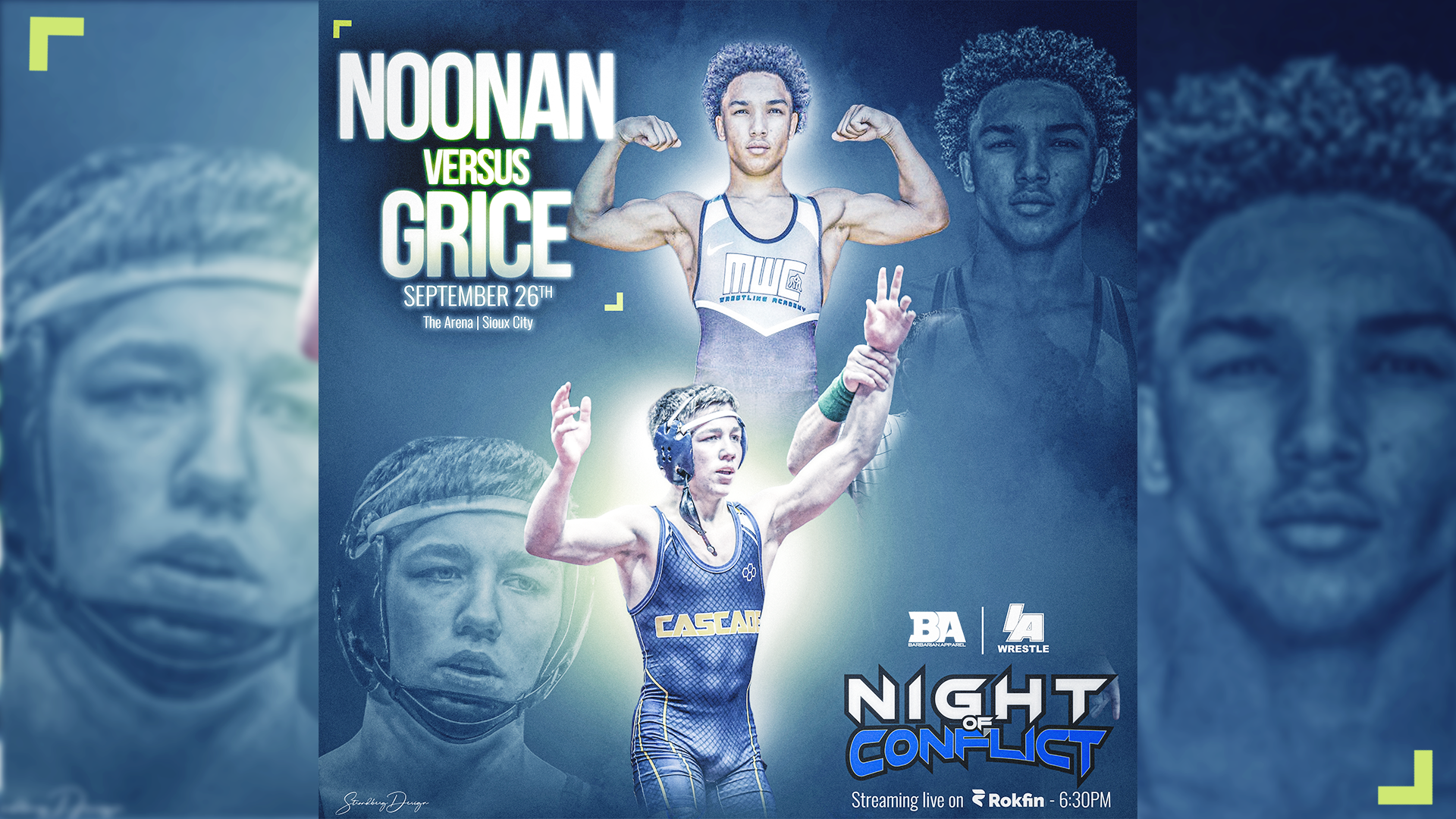 It will a top three national battle at the Night of Conflict with Southeast Polks Nate Jesuroga taking on Tyler Wells in what will be a co-main event of the card alongside the national battle between Robert Avila Jr. and Alek Martin. We are also releasing a second match which will feature two-time Iowa high school state champion Aidan Noonan taking on Nebraska’s Garrett Grice

While he may be Joel’s younger brother, there is no question that Nate packs a powerful punch for the Rams and is currently ranked #3 in the nation according to MatScouts. In 2020 Nate was third in a 106 3A bracket that featured Ryder Block and Brandon O’Brien (who are both nationally ranked at 113 pounds). He is currently sitting at #20 in the IAwrestle FAB50 and is one of many talented wrestlers in the Class of 2023 in the state of Iowa.

On the other side of this matchup is the #2 nationally ranked Tyler Wells of Princeton, Minnesota. As a freshman, Wells won a Minnesota state title in 2020, but prior to that, he was a U15 World Champion that previous summer competing in Budapest, Hungary. He excelled at USA Wrestling’s Youth level and has carried that success into his high school career as well.

Interestingly enough MatScouts actually lists Jesuorga (#71) ahead of Wells (#76) in his top 100 class ranking, despite having the two flopped in the weight class rankings.

Our other big matchup being released features Cascade’s Noonan, who is coming off back-to-back state titles including his big win in the 2020 finals. In February, it was Noonan who pulled the upset against West Sioux’s Adam Allard – who was on the cusp of winning four state titles. While that win may help cement Noonan’s legacy, he’s done plenty outside of that match to cement himself as a top wrestler. MatScouts has Noonan as a top 200 wrestler in the Class of 2021, and IAwrestle has him at #11 in our FAB50.

His opponent will be Grice of Bellevue East in Nebraska. In 2019 Grice earned All-American honors as a Cadet in freestyle. He went on to win his second state title in February keeping him on track to be a four-time state finalist. NEwrestle tabs Grice as a #1 in their recently released preseason rankings. Grice was also a USA Wrestling Preseason National champion back in 2018.