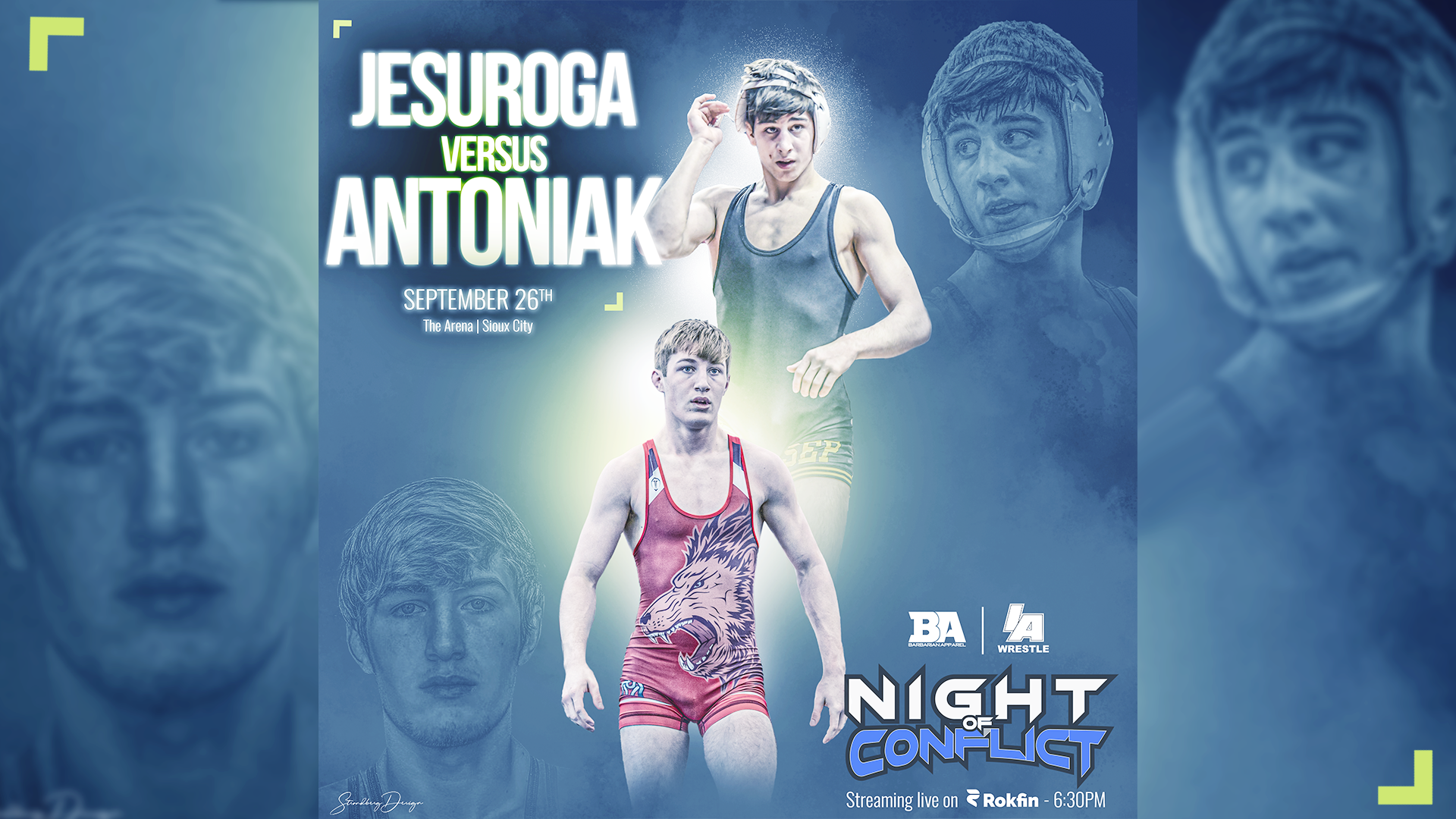 The first out of state wrestler is being added to the September 26th Night of Conflict card when Southeast Polk’s Joel Jesuroga faces off against Tyler Antoniak. It will be a relatively short jaunt for Antoniak, who is coming across the state line from Nebraska to face the rising Jesuroga.
This past spring the elder Jesuroga was one of many wrestlers left just outside of the IAwrestle FAB50, but the now junior is banging on the door after a breakout summer that makes him hard to forget anytime soon. In fact, Willie Saylor at MatScouts tabbed Jesuroga as one of his summer stars after his fantastic performance at the LOG Duals in South Dakota. After a fourth-place finish as a sophomore at 132 pounds, it is looking like the sky is the limit for this Ram wrestler.
But he will face a tough customer in Antoniak is a two-time state finalist in Nebraska and won his first state title this past winter in Class A. He enters his junior year as the Preseason #1 according to NEwrestle. He also boasts a U15 Greco-Roman World title and is a USA Wrestling Preseason Nationals All-American honors.
The dual the event which takes place on 9/26 will be available on Rokfin and Long Lines Broadband, with limited in person seating also available.
More details about Night of Conflict can be found on the event website.

One thought on “NOC: Joel Jersuroga vs Tyler Antoniak”