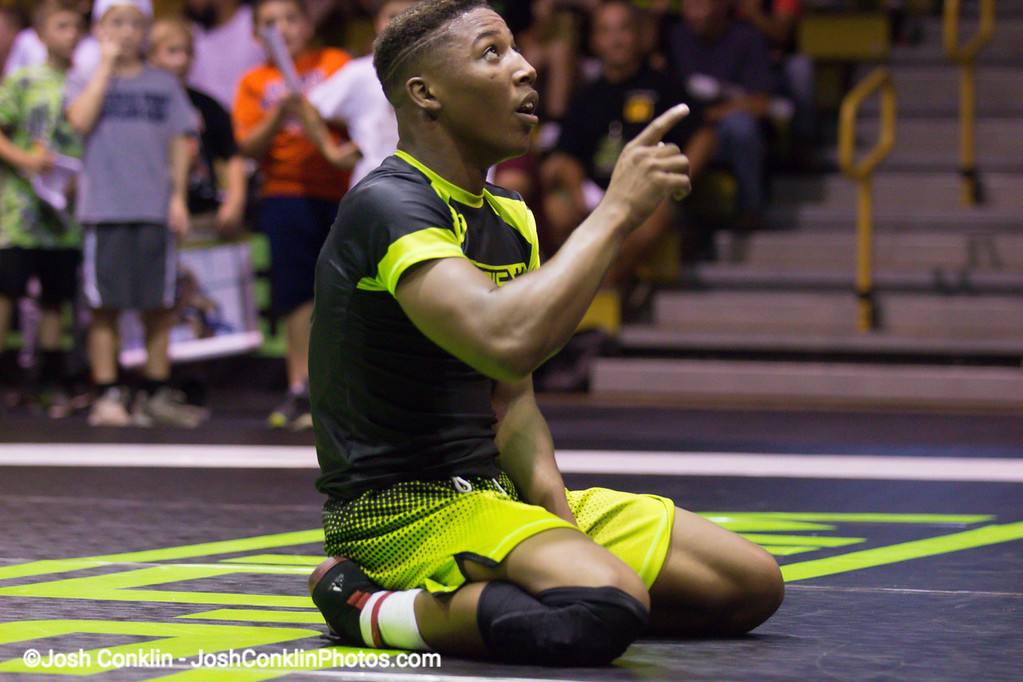 Three-time Ohio high school state champion and Iowa State wrestling commit, David Carr will compete at the 44th annual Pittsburgh Wrestling Classic. The event known as the “Rose Bowl of Wrestling” is the most prestigious high school all-star wrestling meet in the United States because it attracts the best high school seniors in the country, Pennsylvania and another guest state all-star team in the two dual meet format. The preliminary meet pits the best wrestlers from Western Pennsylvania, or WPIAL, against the Iowa All-Stars at 4:00 PM.

Carr, who committed to the Cyclones in October, has been selected to compete for Team USA, who will face the Pennsylvania all-star team in the event finale. Ranked #1 at 152 pounds, Carr has a chance to face off against #4 Sammy Sasso of Nazareth, Pennsylvania. Not only does David follow in his father Nate’s footsteps in that he will wrestle for Iowa State, but the pair also becames the Classic’s father-son duo to compete on Team USA/PA. In 1979 Nate was named the Outstanding Wrestler for Team Pennsylvania after he pinned his opponent from Oregon.

“I’m extremely blessed to be selected for the Pittsburgh Wrestling Classic Team USA. I’m excited to wrestle at this event because my dad wrestled in it on Team Pennsylvania in 1979 and my uncle Solomen also was in the Classic in 1983 for Team Pennsylvania.”

Joining Carr in the 2018 recruiting class for the Cyclones are Joel Shapiro, Isaac Judge, Anthony Sherry, Grant Stotts, and Francis Duggan. As we have noted on this site, the state of Iowa was selected as the undercard for this event which would mean Carr could compete alongside several of his future teammates. As of our last check into the team Iowa lineup, Stotts, Shapiro, and Duggan were all in good position to earn the team spot.

The event will be broadcast live on Flowrestling on Sunday, March 25th from the Fitzgerald Field House at the University of Pittsburgh.

Additional details on the Classic can be found on the event’s home website.