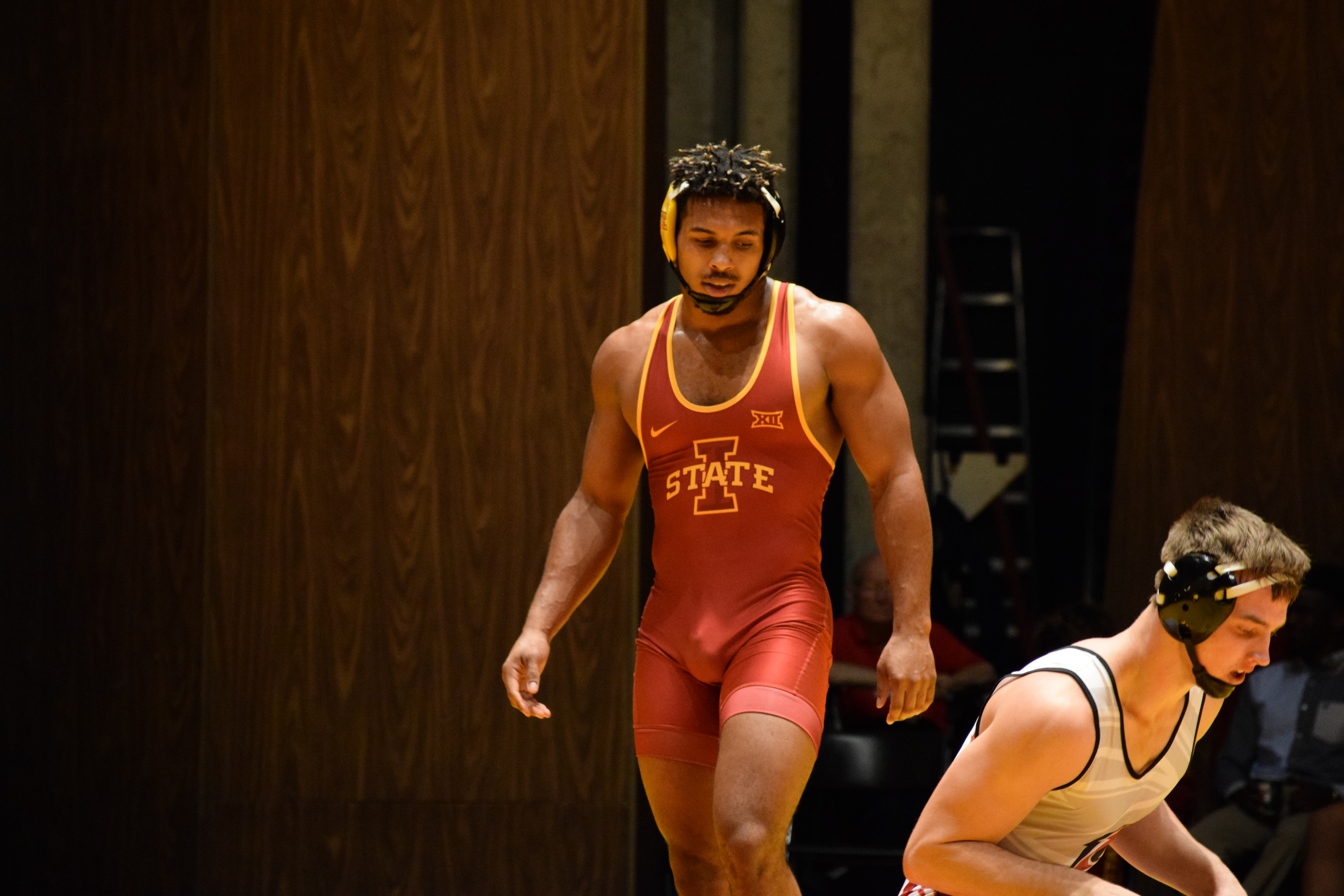 How It Happened
Iowa State fell into an early hole, dropping seven of the first eight matches. Redshirt freshman Jarrett Degen dominated Colten Carlson to put the Cyclones on the board. Degen scored five takedowns and a pair of four-point near falls to win the match by 19-4 technical fall.

At 197 pounds, redshirt freshman Sam Colbray provided some fireworks for the Cyclones. Colbray was pitted against No. 11 Nate Rotert. The Hermiston, Ore., native held a 5-3 advantage in the third, scoring on two takedowns and an escape. Colbray with a whip over in the third perio and bodied the Jackrabbit to the mat for the fall in 5:22.

Redshirt junior Marcus Harrington closed out the afternoon with a 10-1 major decision over SDSU’s Alex Macki. Harrington notched three takedowns and a two-point near fall in the victory. He was a monster on top, riding Macki for a total of 4:16 in the match.

Next Up
Iowa State has a pair of Big 12 duals next weekend. The Cyclones will host Fresno State at 7 p.m. on Friday evening, then travel to Cedar Falls to face No. 13 Northern Iowa on Saturday evening at 7 p.m. The contest against the Bulldogs will be available through Cyclones.TV.