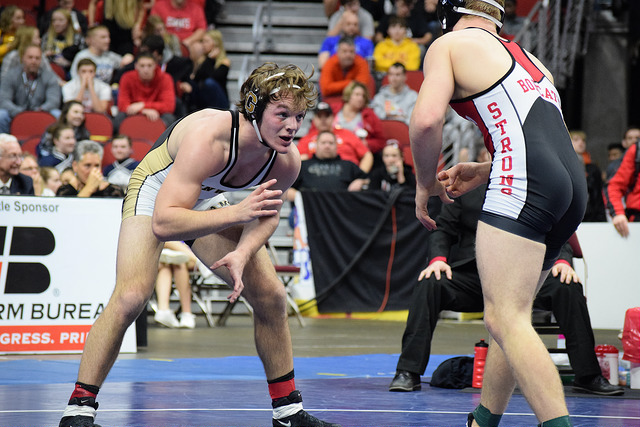 Kevin Dresser continues to pull in the state’s top talent, as he has now landed his fourth in-state commit for the class of 2018 in Glenwood’s Anthony Sherry. A three-time state placewinner, Sherry is also the fourth wrestler from IAwrestle’s Fab 50 to commit to Iowa State in this class.

Proud to announce that I have committed to Iowa State University to further my academic and athletic career! Go state! pic.twitter.com/6pK37kIcqW

“I really like the coaches,” Sherry said on why he picked Iowa State, “They’ve been very nice and have showed a lot of care towards me and my family it also feels like home. Plus they’re great guys and they want to make me the best person and athlete I can be.”

Bursting onto the scene as an eighth grader, Sherry has always been near the top of his class starting with him earning double All-American honors at Fargo in 2014. In his three trips to the state tournament Sherry has never placed below fourth, and is coming off his best performance in 2017 where he was runner-up to Western Dubuque’s Max Lyon at 182 pounds.

This coming season we will likely see Sherry split time between 182 and 195 pounds, with him making his postseason decision later in the year. For now Sherry projects himself at 184 pounds, though he sees the possibility of growing into 197.

Currently the #7 available senior, Sherry was ranked #16 in the latest Fab 50 ranking. He joins fellow Iowans Joel Shapiro (#8), Cayd Lara (#18), and Isaac Judge (#24) in Iowa State’s 2018 recruiting class with Missouri’s Weston DiBlasi the only out of state commitment. Sherry committed to Iowa State over SDSU and Nebraska.