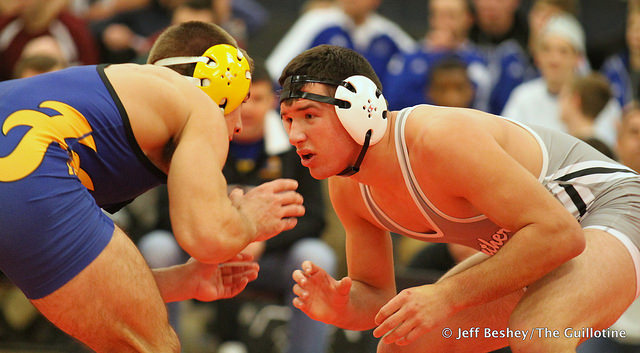 Kevin Dresser has added the ninth member to his 2018 recruiting class with Minnesota prep Tyler Buesgens announcing his commitment on Twitter.  The news comes within a day of the Cyclones previous commit of Hunter DeJong. Buesgens, a third place state medalist from Scott West high school in Minnesota is Dresser’s third wrestler to commit from outside the state of Iowa.

Looking at the Cyclones 2018 class it’s clear Dresser is making the upper weights one of his main priorities. Shapiro, Sherry and Buesgens project as a 184 or 197 pounders for the Cyclones. DeJong projects at 197 pounds and Duggan projects at heavyweight. All told, Buesgens is the fifth wrestler projected to wrestle in the top three weight classes in this class, and DiBlasi is the only member of the class projected to wrestle at a weight-class under 157 pounds.

In addition to taking third in 2017, Buesgens was fourth as a sophomore at the Minnesota state tournament competing in Class AA. He was a 2016 Cadet Freestyle All-American, taking fifth at 182 pounds and he has also finished in the top two at Intermat’s JJ Classic on two occasions.