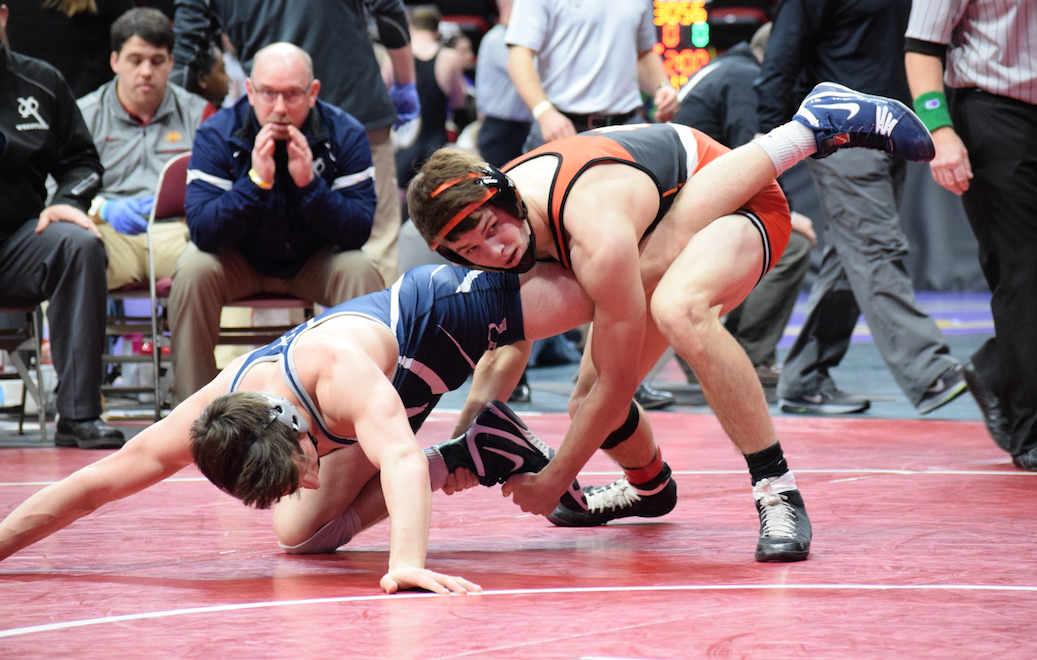 New Iowa State head coach Kevin Dresser continues his pipeline into central Iowa, this time landing three-time state finalist Grant Stotts of West Des Moines – Valley. Considered a top 100 recruit in the class of 2018 by Flowrestling, and #11 in our Fab 50, Stotts is a terrific middlewight addition for the Cyclones.

Stotts is coming off a state runner-up season, falling to Southeast Polk senior Zach Barnes 5-1 in the 145-pound 3A finals. Prior to that Stotts was a runner-up as a freshman to Jay Schwarm of Bettendorf, and brought home gold his sophomore year with a 3-2 win over Waverly Shell-Rock’s Austin Yant. In addition to his state tournament finishes, Stotts was also 11-2 at Disney Duals this past summer.

Stotts will join his older brother Austin, who transferred in from Simpson College and fellow Valley teammate Joel Shapiro. #7 Francis Duggan (Iowa City West), #21 Anthony Sherry (Glenwood), and #29 Isaac Judge (South Tama) round out Iowa State’s other commitments from our Fab 50 and Missouri’s Weston DiBlasi and Ohio’s David Carr are the class’s only out of state commits.

I’m excited to announce that I have verbally committed to continue my wrestling career at Iowa State University!🌪🌪 pic.twitter.com/Q9E4wMd3mx