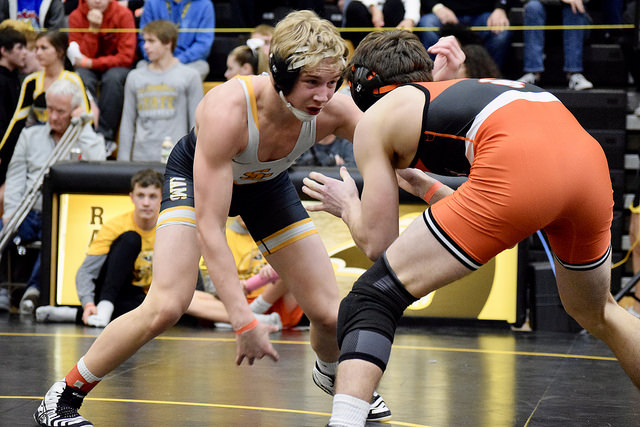 The Panther Train’s 2019 recruiting class is starting off with a bang, as Southeast Polk’s Lance Runyon announced his decision to commit to Northern Iowa on Twitter. A three-time state medalist becomes the first addition to Doug Schwab’s recruiting class, and continues a strong trend of landing some of the state’s top, homegrown talent.

“When I went on my visit a couple months back I just fell in love with the campus and people surrounding the program! The atmosphere is amazing and the coaches are awesome.” Runyon told IAwrestle on the decision, “They believe in me and my abilities and they have goals for me in the future.”

Runyon won two state medals for Indianola High School before transferring to Southeast Polk for the 2017-18 school year. As a member of the Rams’ wrestling team Runyon finished third at 152 pounds, which was arguably one of the toughest weights in the state. After a breakout summer in 2017, Runyon will be considered one of the state’s key wrestlers for Team Iowa’s FRECO squad. He finished third in the country in freestyle at USA Wrestling freestyle national championships and took eighth in the Greco-Roman style.

Most recently Runyon captured Iowa’s 2018 freestyle state title and finished third in Greco-Roman. Both finishes automatically qualify him to compete later this summer at USA Wrestling’s nationals held in Fargo, North Dakota. Runyon was also tabbed as the #9 wrestler in our latest release of the Fab 50 rankings.

Last month IAwrestle did a profile on Runyon where he stated Iowa, Nebraska, Northern Illinois, Campbell, and Ohio State were also in the mix before the wrestler ultimately decided on UNI. According to Runyon he sees himself wrestling anywhere from 165 pounds all the way up to 184 pounds depending on how much he grows over the next year.