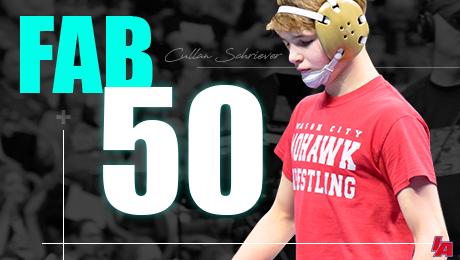 IAwrestle has unveiled our newest Fab50 rankings, identifying the top 50 wrestlers in the state of Iowa. The list, compiled by rankings guru Lars Underbakke, considers athletes who have at least one high school season under their belts. Here is where things stand as we near the end of the 2018 school year. The list does not include graduating seniors or incoming freshman. We also did not include any incoming transfers as you had to wrestle in Iowa last season. These are a combination of folkstyle, freestyle and greco results. Longevity also came into play for the upperclassmen as well. Due to this list including all weights, across all classes, head to head was not a major factor unless both guys were very close. This is driven by results at major tournaments such as high school state and Fargo.

Think a guy should be ranked higher? Get in on the conversation on social media using the hashtag #IAFab50.