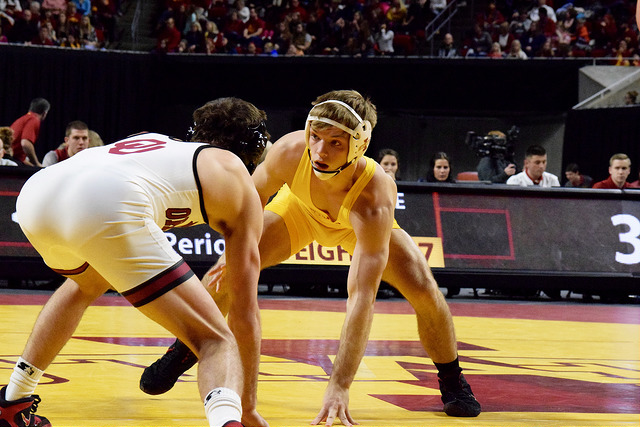 Former Iowa State wrestler Colston DiBlasi has found a new home as the Missouri native announced on his personal Twitter account that he will be transferring to George Mason University. The team recently completed its first season under Frank Beasley, qualifying three for the national tournament.

Hailing from Missouri powerhouse Park Hill high school, DiBlasi compiled a 42-31 record over the past two seasons, seeing most of his action at 157 pounds. As a freshman DiBlasi was the team’s postseason starter at the weight, but he had lost the starting job to fellow sophomore Chase Straw this season. After losing his spot to Straw to begin the year, DiBlasi bumped up to 165 pounds where he made two dual starts against Rider and Wyoming. Prior to the end of the season DiBlasi announced his decision to leave the team.