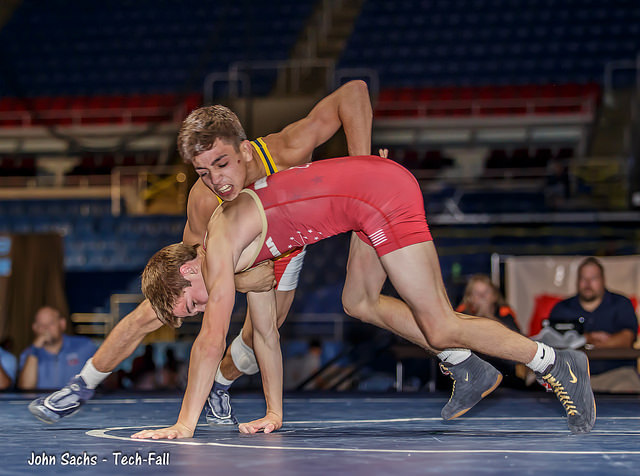 The nation’s #76 ranked recruit in the class of 2016, Danny Vega from Ironwood Ridge, Arizona, has now officially left Iowa State University due to personal reasons per school sources.

Vega came into Iowa state as a three-time Arizona high school state champion and a 2014 triple crown winner in the junior division (folkstyle, freestyle, and Greco-Roman national champion at his weight). Vega was projected to contend for the 125 pound starting spot this season.

During his redshirt season, Vega went 14-7 with highlights of winning the UNK Holiday Inn Open and fourth at the Duhawk Open.

Jonathan Marmolejo (RSJR) and Jakob Allison (SO) are the only 125 pounders listed on the Iowa State roster. Marjmolejo transferred to Iowa State from Purdue prior to last season and competed in two events for the Cyclones, posting a 5-3 record during his redshirt sophomore year. Allison was a two-time runner up for Waukee High School with a career record of 156-22. He decided to walk on this past July after competing for the school’s club team.

Vega could not be reached for comment on possible transfer. We will keep you updated.