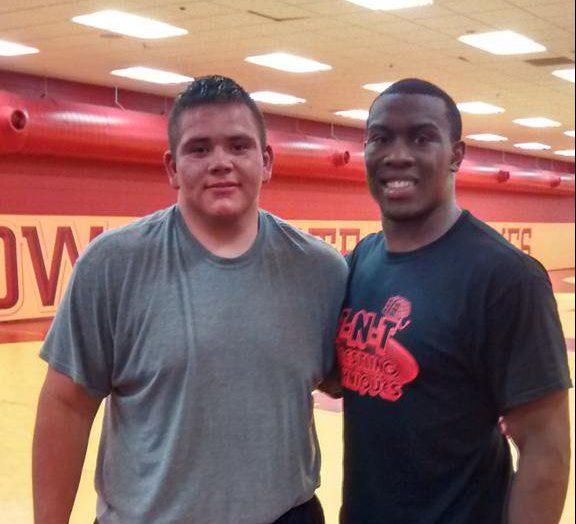 IAwrestle has learned that sophomore Andrew Stowe will be leaving the Cyclone wrestling program and will transfer to the University of Nebraska. A native of Norfolk, Nebraska Stowe stated that one of the reasons for his transfer was to move closer to home. One of four returning heavyweights listed on Iowa State 2016-17 roster, Stowe informed IAwrestle that he was granted a full release.

Unfortunately for Stowe, Nebraska is already sitting at it’s current roster cap which means that Stowe will need to wait until a spot frees up to officially join the team. In the meanwhile Stowe plans to train with Senior level wrestler Dom Bradley, who joined the Huskers after training with the Cyclone Wrestling Club the past few seasons. Stowe also mentioned the ability to train with Bradley as a reason for his leaving.

Stowe was 9-14 in his first two seasons at Iowa State with his best performance a runner-up finish at the Cyclone Open to teammate Quean Smith.

In his comments to IAwrestle Stowe also added that his transfer had nothing to do with an unhappy situation in Ames.

“I definitely wasn’t unhappy at Iowa State and enjoyed my time with both coaching staffs.” Stowe told IAwrestle, “It was a hard decision to make, but the chance to be closer to home and continue to wrestle with Dom wasn’t something I could pass up. He’s been huge in my wrestling development over the past year. I’ll miss the relationships I built at Ames, but I’m extremely excited to earn the opportunity to be a Husker!”

Stowe is the second Cyclone to transfer to Nebraska this offsesaon, joining Zemua Baptista, who made the move back in May. If a spot opens up on the Husker roster Stowe would have three years left to compete.