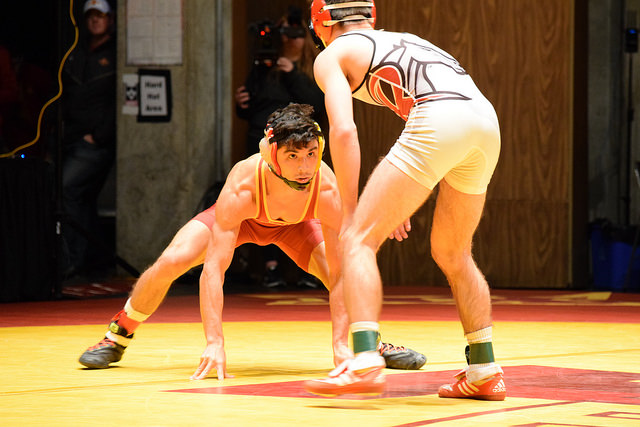 IAwrestle has confirmed with school officials that Iowa State junior Jonathan Marmolejo is no longer a member of the wrestling team. The news was first reported by the Cedar Rapids Gazette’s Ben Visser.

Marmolejo had a 2-3 record on the season making just one dual start against Rider where he lost 10-1 to JR Wert. Transferring in from Purdue as a sophomore, injuries plagued Marmolejo first season as a Cyclone where he only managed to compete in just two events going 5-4.

3 thoughts on “Jon Marmolejo No Longer at Iowa State”