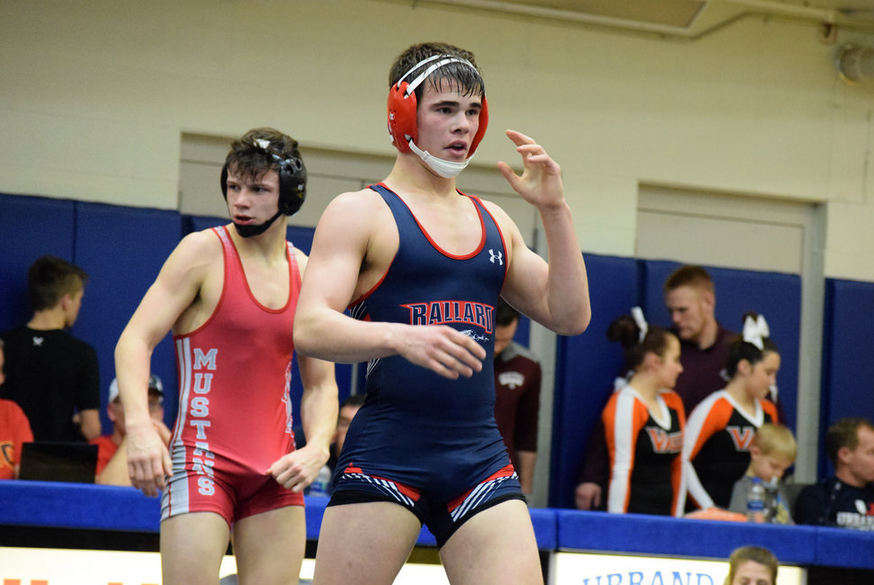 Tate Battani of Ballard is headed out of state as he hhas committed to wrestle for Iowa native Dave Malecek at the University of Wisconsin – La Crosse. Battani finished third at this years class 2A state tournament at 160 pounds. It was a break out year after placing 7th as a junior and being a state qualifier as a freshman and sophomore.

Battani told IAwrestle “I really liked the coaches from the moment that I met them. I like the campus and the overall size, and I think I can be most successful there both athletically and academically.” He also added that he wanted to give a special thanks to coaches Steve Mickelson and Pablo Ubasa for helping him get to where he is.

Battani is projected to wrestle at 165 or 174 pounds in college. He chose UWL after also considering Coe, Grand View, Simpson, and Loras. He joins Williamsburg state champion Grayson Kesterson in the 2018 recruiting class for Wisconsin-La Crosse. Iowa natives Spencer Hutchinson and Spencer Nevills are also currently on the roster for the Eagles.