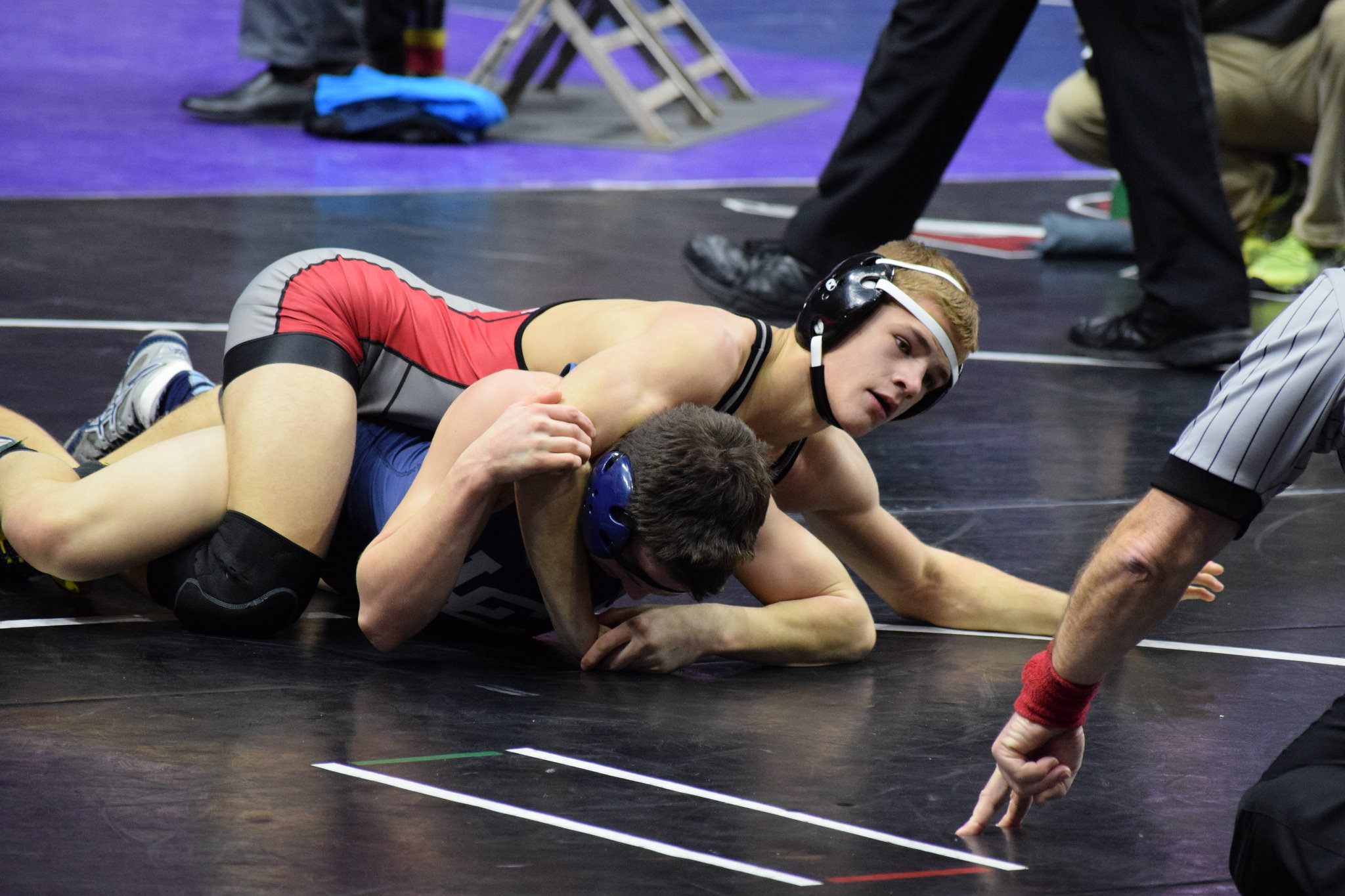 Christmas came early Fort Madison’s Harlan Steffensmeier, as the senior announced his verbal commitment to continue his wrestling career at the Air Force Academy. The three-time state medalist is the second Iowan in the class of 2018 to commit to Air Force as Steffensmeier joins Wilton prep Trey Brisker as verbals for head coach Sam Barber.

”When I took my visit there, the atmosphere around campus and around the team felt like a good fit for me. ” Steffensmeier told IAwrestle.

Steffensmeier has mad e a steady progression throughout his career taking seventh as a freshman, followed by a fifth place finish as a sophomore, and third place finish last February. He checks in a #4 at 152 pounds in Class 3A in our latest regular season rankings, and is considered the #41 overall wrestler in Iowa according to our Fab 50 rankings. He has amassed over 100 career victories prior to the start of his senior season, and was USA Wrestling’s Preseason Nationals runner-up.

he Air Force Academy has several ties to the state of Iowa starting with their coach Sam Barber who was a wrestler for Upper Iowa during the 1990s. Following his graduation from Upper Iowa in 1995 he joined the Peacock’s coaching staff and was eventually named associate head coach of the program in 1999. Barber then went on to coach at Division III power Augsburg College in Minnesota before taking over Air Force in 2014. He currently has three Iowans on roster: Noah Irons of Lake Mills, David Walker of Martensdale-St. Mary’s and Brock Jennings of Osage.

This isn’t the first time that the former Upper Iowa wrestler Barber has came into Iowa for recruits. The AFA roster currently includes former Iowa preps Noah Irons of Lake Mills as well as Robert and David Walker of Martensdale St Mary’s.

”It didn’t make my decision, but it was nice to know that there are people from Iowa doing good things there.“

Steffensmeier picked Air Force over Northern Iowa and will project at 157 or 165 pounds.

One thought on “Harlan Steffensmeier Commits to Air Force”