Rathjen Looking for Redemption Versus Ramos 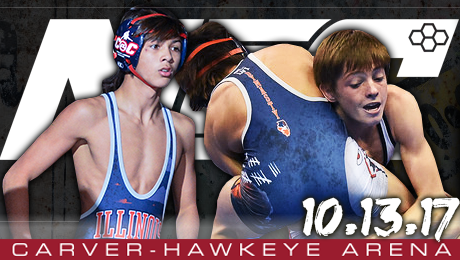 For the just the second time in event history, an Iowa high school freshman will look to make his debut as Ankeny’s Caleb Rathjen will face Illinois standout Matthew Ramos at “The Night of Conflict 3” Presented by Rudis.

Rathjen has put together a fantastic spring and summer starting with winning the AAU state title earlier in the year and has since gone on to place third at USA Wrestling Folkstyle Nationals and seventh at USA Wrestling Freestyle Nationals. He also competed for Team Iowa at the Cadet National Duals going 6-0 in freestyle and 5-2 in Greco-Roman competition. His efforts haven’t gone without recognition with Flowrestling ranking him the #14 106 pounder in the country.

Coming in from Lockport, Illinois will be the #5 ranked Ramos who is coming off a summer where he finished runner-up in both freestyle and Greco-Roman in Fargo. Additional accolades for Ramos include a fifth place finish at the 2017 Illinois state tournament, fourth at the 2017 Cheesehead, seventh at USA Wrestling’s 2016 Preseason Nationals, 2016 Conflict at Carver champion, and he was also a double All-American at Fargo in 2016

This will be the third meeting between these two wrestlers since the month of June. The first was during Greco-Roman competition at the Cadet National Dual tournament in York, Pennsylvania. Ramos won the meeting 10-0. The two would also meet out at Fargo in freestyle, where Ramos came out on top 10-7 in the quarterfinals.

4 thoughts on “Rathjen Looking for Redemption Versus Ramos”