Border Brawl between Reeves and Phippen at Night of Conflict 3 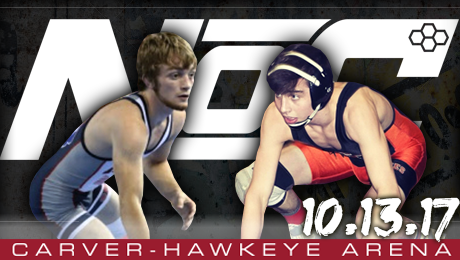 We pulled out a pair of veterans for our next “Night of Conflict” matchup presented by The Rudis. Albia’s Aden Reeves returns for his third go around and will face Missouri prep Cody Phippen, who competed in the inaugural event.

After bursting onto the scene as a double Fargo All-American prior to the start of his freshman year, 2017 has been the best we have seen of Reeves to date. As a sophomore Reeves won his first state title downing both Eric Faught and Drake Doolittle, two well credentialed Iowans, along the way. He picked up a win at Freestyle state championship over Waukee two-time state champion, Kyle Biscoglia, and finished his summer with his third straight podium finish at Fargo.

Since we last saw Phippen in our first event he’s been busy. Back-to-back state titles, Fargo All-American, Cheesehead finalist, and USA folkstyle national champion are just some of the top finishes for Phippen over the last two years.