Justin Mejia officially NOT at Iowa 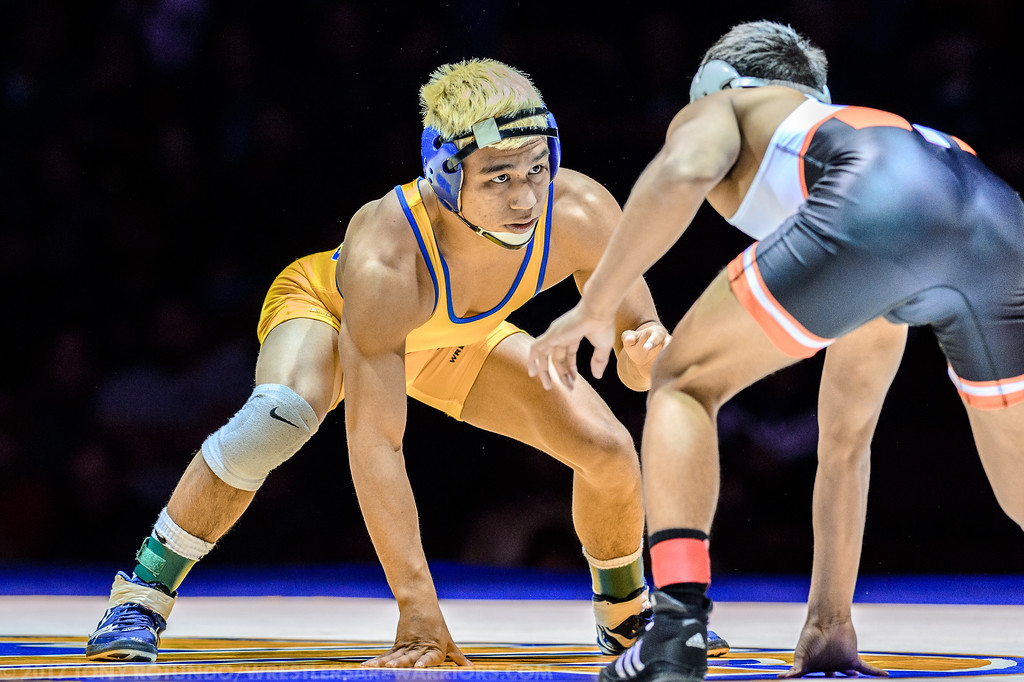 He’s gone Hawkeye fans. The Justin Mejia roller coaster rolls back to Illinois. Mejia originally committed to the Hawkeyes back in 2014 and then decommitted from the Hawkeyes in July of 2016.

Once his recruiting options were opened up Illinois jumped on him and Mejia would accept an offer. Justin would go on to make California history at the state wrestling tournament, becoming just the second wrestler ever to win four individual state titles. In fact there hasn’t even been 10 wrestlers to compete in four finals (Justin was the ninth). He ended his high school career the #42 overall wrestler in the class of 2017, and ranked #4 at 126 pounds according to Flowrestling.

That brings up to the present, where Mejia recently was denied admission into Illinois due to a transcript error, which prompted him to explore other options and that put Iowa back on the table. After discussing it over with the Iowa coaching staff, Mejia would reunite with the Hawkeyes. This meant that Mejia would not only be in a college room with Tom and Terry Brands, but former Illinois coach Mark Perry, who recently took over the Hawkeye Wrestling Club coaching position.

Fast forward two months and IAwrestle has confirmed Justin Mejia will be going back to Illinois. We reached out to the Mejia family for comment and received “Long Story”.  We will keep you updated on this developing story.

18 thoughts on “Justin Mejia officially NOT at Iowa”