Mejia and Renteria de-commit from Hawks 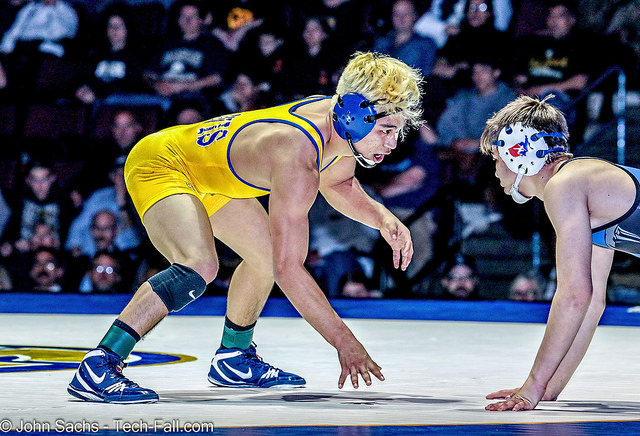 Last night the University of Iowa saw two of it’s lightweight recruits in the class of 2017 de-commit. It started with three-time California state champion Justin Mejia tweeting the following:

Mejia was recently ranked #17 by InterMat in the class of 2017 and was rated as Flowrestling’s #2 ranked 120 pound wrestler. Our own Tony Hager cleared up any rumors that Mejia had rescinded his commitment due to another school’s offer.

Justin is not leaving because of another school. Wanted to be a Hawk but it didn't work out.

As a sophomore Mejia gave his verbal to Iowa just weeks after Illinois prep Jason Renteria gave his commitment to the Hawks. Renteria also decided to re-open his recruiting process.

I've thought from Day 1 Iowa was a good fit for me. However, things weren't able to work out. I appreciate the opportunities they gave to me

Once again our own Tony Hager was able to provide a quote from Renteria and a list of where he is currently looking.

While the University of Iowa did recently receive the commitment of #1 ranked Spencer Lee and a top 2018 lightweight Gavin Teasdale, both wrestlers made clear they were not leaving due to Lee’s commitment,  but rather both stating that it “didn’t work out”.

2 thoughts on “Mejia and Renteria de-commit from Hawks”