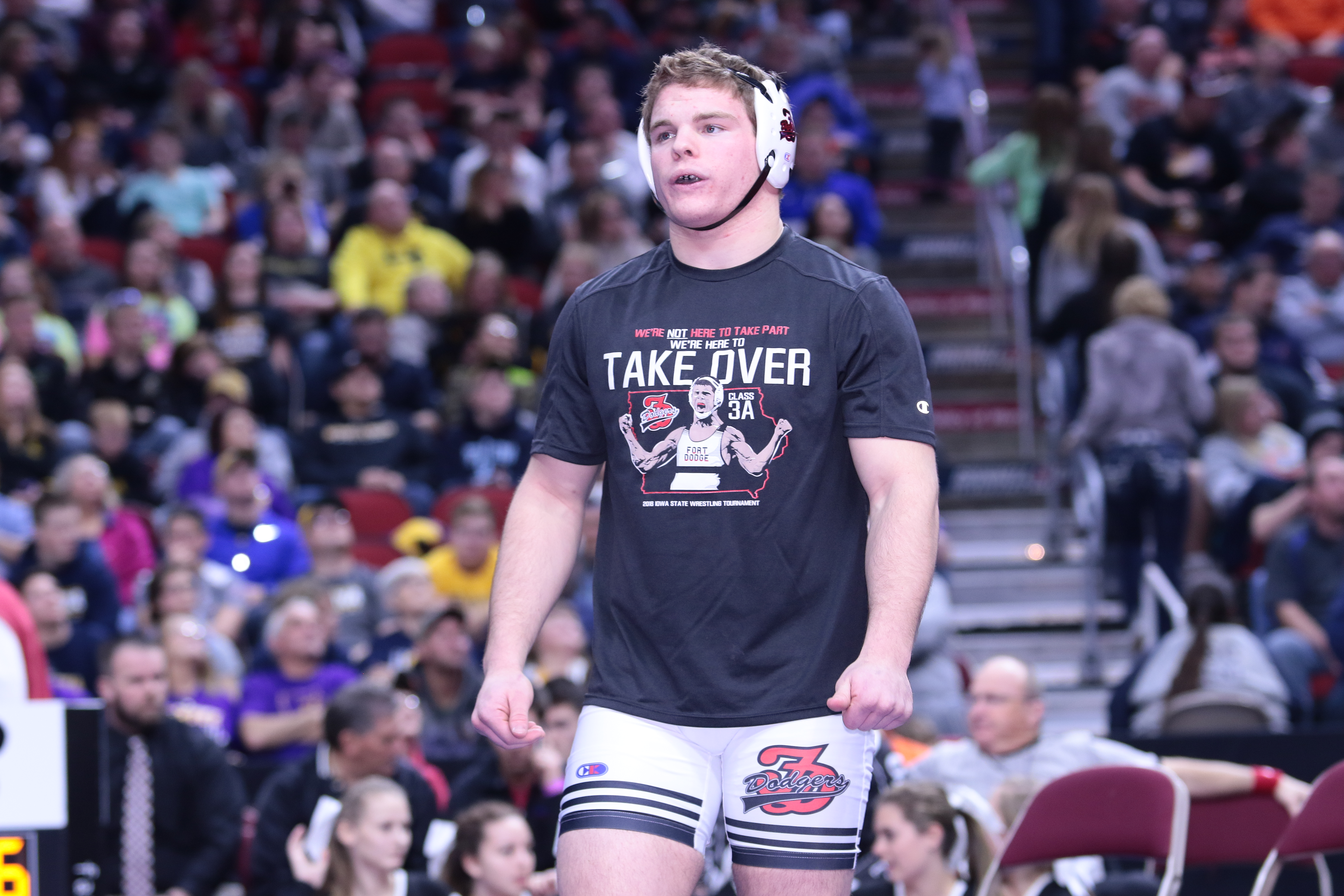 Sam Cook walked away from wrestling a year ago to pursue his dreams of being an Iowa Hawkeye football player. The Fort Dodge native was named the Des Moines Register All-Iowa Male High School Athlete of the Year and gained 4,882 career rushing yards, good enough for fourth in Iowa Class 4A rushing history. In the wrestling community, we know Sam Cook for earning state titles as a junior and senior and posting a 45-0 senior season record.

Coming out of high school Cook was ranked No. 68 overall recruit in wrestling by Intermat. Cook received a scholarship offers from the University of Oklahoma and Cal Poly but nothing came for football. How could one of the best rushers in Iowa football history not be offered a scholarship?

Ultimately Cook decided to walk on at Iowa and went to every practice and every workout he was asked to do but his overall size would keep him from seeing the gridiron according to Cook.

Cook met with Coach Ferentz and Coach Brands this week to discuss options to walking on the Iowa wrestling team. Things happened quickly. He could grind out the practice team with hopes to play on Saturday but leaving that up to the coaches was something he wasn’t willing to wait around for at Iowa.

“I’m still in the process of figuring this situation out. I’m stepping away from the football program and committing myself to the Iowa Wrestling program.” – Sam Cook

“I know I have some ground to cover and all I want to do right now is earn my keep in the room and earn respect from my new family.”