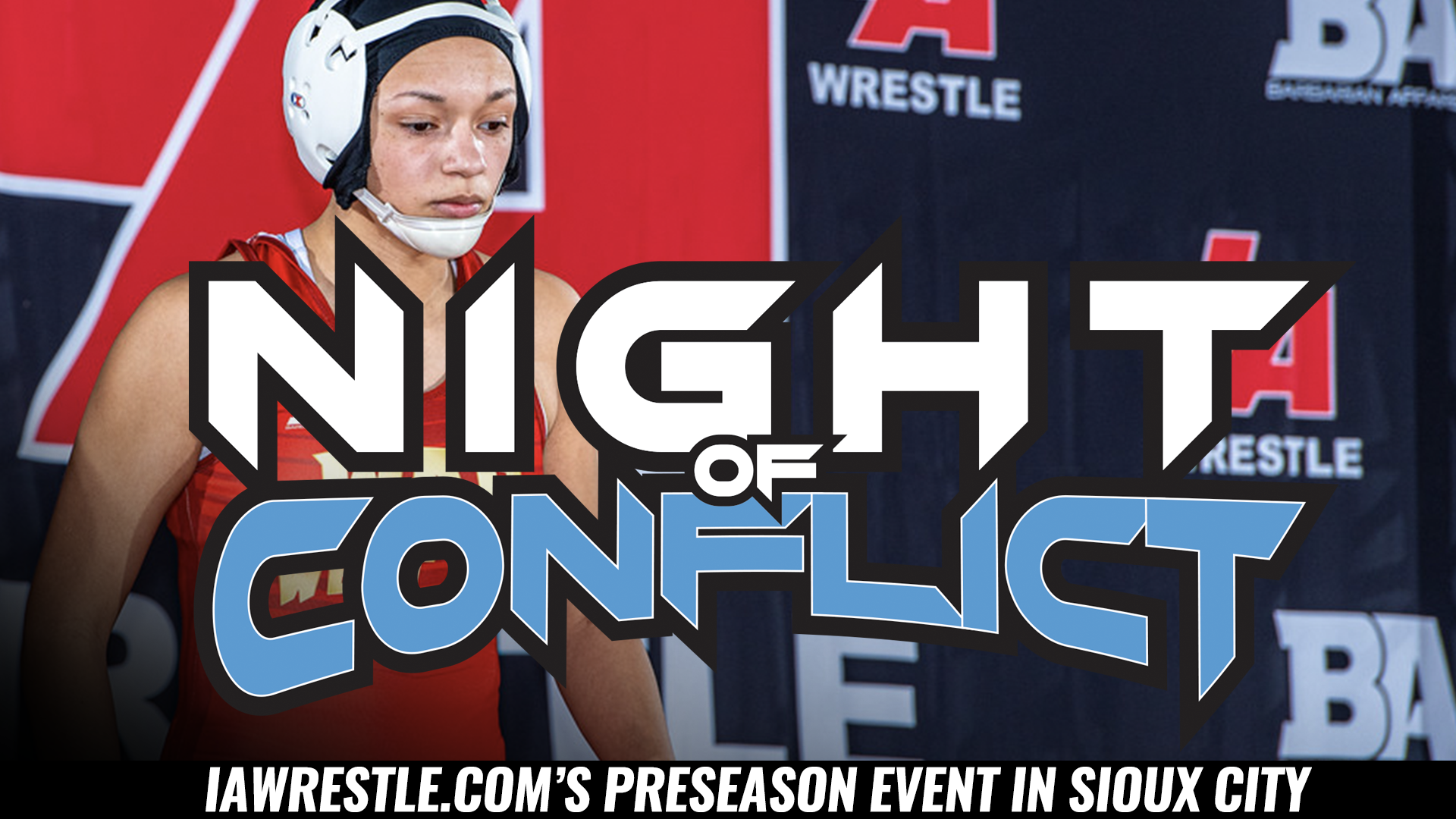 IAwrestle has been bringing you the Night of Conflict for years now with mostly boy’s matches on the card with some girl’s matches sprinkled in. This year we are excited to bring you the first-ever ALL GIRLS Night of Conflict in Sioux City on Friday, September 26th. The card is filling up fast and we are kicking off the announcements with a pair of great matchups.

Two-Time IWCOA high school state champion Millie Peach from Iowa Valley-Marengo is one of the top girls in the state and the senior is currently ranked #8 nationally by USA Wrestling. She also comes in at #4 on the IAwrestle Girls Fab50 list of best in state wrestlers. We went out of state to find her opponent in Nebraska state champion Zeriah George who comes in ranked #21 in the country by USA Wrestling. George is a Junior at Winnebago High School in Nebraska.

Our next matchup will feature a pair of IWCOA state runner-ups. Emma Grimm of Osage finished 2nd at 126 pounds last season and was the 2020 AAU state tournament champion. She is currently ranked #11 in the IAwrestle Girls Fab50. Her opponent will be two-time IWCOA state runner-up Meridian Snitker of Waukon who is ranked #9 overall in Iowa in the IAwrestle Girls Fab50.

Due to Covid-19, 650 tickets will be sold to the event but an option to live stream the event will be available on Rokfin and Long Lines Broadband.