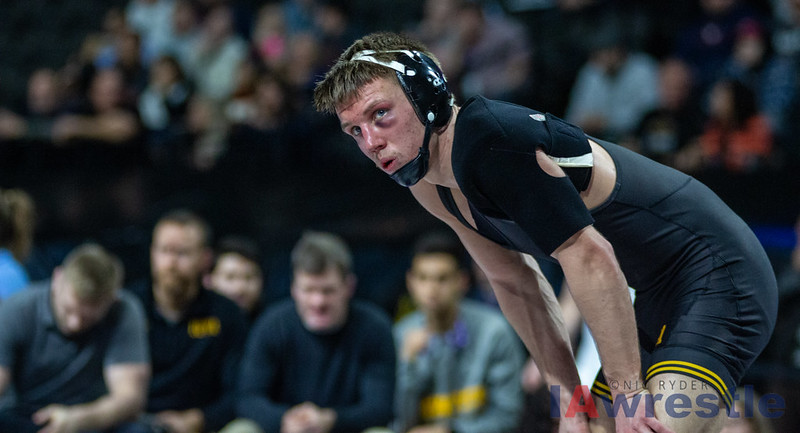 The top-ranked Iowa Hawkeyes will return to their home mat this weekend to face one of the top dual teams in the nation, the Nebraska Cornhuskers. The Hawkeyes come into this matchup on a roll having set a Midlands record for the number of points scored in tournament history, and they scored identical 41-0 wins against Indiana and then Purdue this weekend.

Conversely, the Huskers are coming off their first speedbump of the season following their 25-18 loss to Wisconsin last weekend. Coming into their dual with the Badgers the Huskers held the #2 dual team ranking, but have since dropped to #8 following the loss. This dual will feature a total of 19 ranked wrestlers and the Hawks will enter as the favorite in nine of the ten matches (according to those rankings).

The only match where Nebraksa holds an edge in rankings is the 184-pound match between Taylor Venz and Abe Assad. While Iowa’s shutout performance was certainly noteworthy last weekend, the biggest headline was the fact that head coach Tom Brands had decided to remove Assad’s redshirt and name him the starter going forward. Last season’s starter Cash Wilcke split matches against Venz by taking the first meeting in the dual.

Three other wrestlers come into this dual having a history against their opponent. While Iowa’s 141 starter Max Murin is ranked three spots higher than his opponent he dropped his match in their meeting at the 2019 NCAA championships. There Chad Red came out on top of a 4-1 decision over the Hawkeye.

The other two wrestlers holding a series advantage are 165-pound starter Alex Marinelli and Jacob Warner at 197. Marinelli won a tight 3-0 decision at last year’s dual over Isaiah White, while Warner is 2-0 against Eric Schultz.

One of the biggest matches of the dual might be the 174-pound matchup between a pair of Pennsylvania products both named Mike – Michael Kemerer and Mikey Labriola. If Kemerer looks anything like he did the last time out Labriola will be in for a rough match. On Sunday Kemerer faced a top-four ranked Dylan Lydy and poured on six points in the final period to win an 8-4 match.

The Huskers feature an Iowan in their starting lineup, and that’s 125-pound wrestler Alex Thomsen. The former Underwood starter was a four-time state champion, winning his fourth crown in 2018. He was lauded as one of the top prospects in the country for the class of 2018.