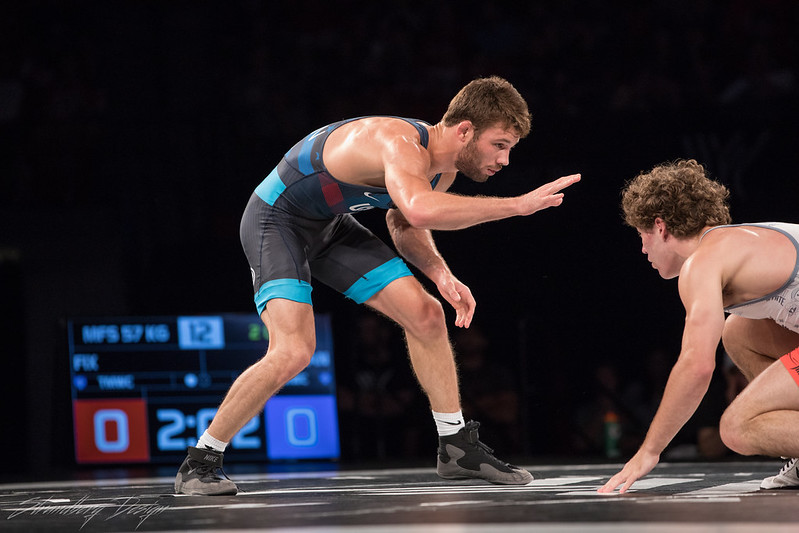 Thomas Gilman is back on top of the domestic ladder at 57 kg, at least for the time being following his gold medal performance at the United World Wrestling’s ranking series event the Matteo Pellicone in Rome, Italy. Gilman had to overcome two fellow Americans to claim the top spot of the podium, including avenging a loss to Daton Fix in the semifinals.

The Hawkeye Wrestling Club wrestler started his tournament off with an 11-0 win against Gabit Tolepbay of Kazakhstan, who is a former Alexander Medved silver medalist. He followed that up with a quarterfinal win over China’s Minghu Liu, which set up his match with his first American opponent. Gilman and Fix have battled for USA’s top spot in 2018 and 2019 with Gilman winning the spot in 2018 and Fix taking the latter series in 2019. That put a lot of weight on this matchup as many are anticipating these two to be heavily in the mix to win USA’s Olympic spot. Gilman came out ahead in this meeting by a score of 2-1.

That led to Gilman’s final match with fellow Iowa native Joe Colon, who reached the finals by defeating American Stevan Micic in the quarterfinals and Andrii Yatsenko of Ukraine in the semifinals. It was a tight match between the two former World medalists, but Gilman came out on top of the meeting 4-3.

Other HWC wrestlers competing at Matteo Pellicone included women’s freestyle wrestlers Ali Ragan who won bronze at 57 and Kayla Miracle who made the bronze medal match at 62 kg.

Miracle reached the semifinals of her bracket with wins over Nathaly Herrrera of Venezuela, Lais De Oliveira of Brazil, and Aminat Adenyi of Nigeria by the combined margin of  22-3. She dropped her semifinal 4-0 to Aisuluu Tynybekova Kyrgyzstan and then fell 4-0 to Jia Long of China in the bronze match.

Ragan’s path to her medal at 57 kg went through Iryna Khariv of Ukraine 6-2 followed by Elena Brugger of Germany by 10-0. Her only loss was eventual champion Odunayo Adekuoroye of Nigeria in the semifinals, but she was able to rebound with a bronze medal win over Alina Akobiia of Ukraine.