Iowa State Headed to Brookings for Top 25 Showdown with SDSU 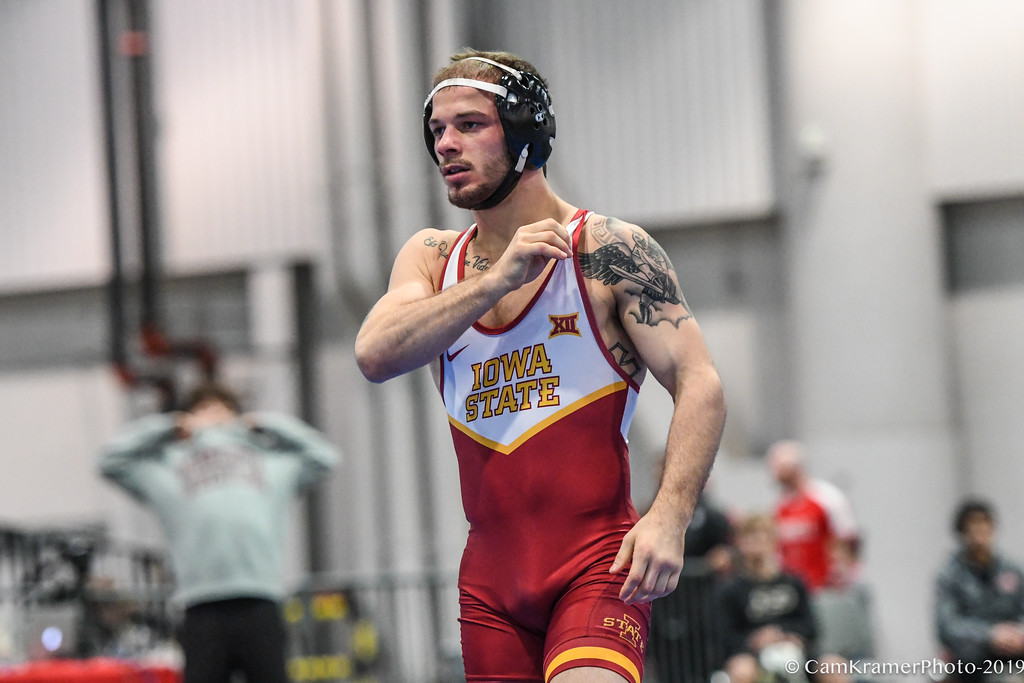 After a 2-2 western road trip, Iowa State returns to action this weekend starting with another trip out west, this time to face South Dakota State in Brookings. This year’s meeting should look at lot different than last year’s where the Cyclones hammered their Big 12 foe 47-0 in Hilton. This year will be a top 25 dual team matchup, with a much-improved Jackrabbit squad. Coming into Friday’s dual SDSU has won their last five duals, and is 3-0 in conference duals.

Last weekend started on a high note for the Cyclones when they traveled to Orem, Utah and dispatched the Utah Valley team by shutting them out 45-0. They then headed south for the Sun Devil Duals where they went 1-2 dropping their duals with Campbell and Arizona State, and defeating Harvard.

Perhaps one of the bigger news items out of the weekend was the decision to swap Sammy Colbray’s spot in the lineup with sophomore Marcus Coleman. Colbray was 3-1 on the weekend and his only loss was to ranked foe Anthony Valencia of ASU. Coleman was 2-2 on the weekend with both of his losses coming to a ranked opponent.

Another interesting wrinkle in this dual will be the amount of Iowa ties the Jackrabbits feature. Starters Zach Price (133), Henry Pohlmeyer (149), and Tanner Sloan (197) are all former Iowa prep standouts. There’s also a familiar face at 125 pounds where former Cyclone wrestler Danny Vega has begun making a name for himself. The former top 100 recruit was expected to compete for the Cyclones’ starting spot in 2018. His match with Alex Mackall could potentially be the only ranked head-to-head match in this dual.

That all depends on whether or not All-American Jarrett Degen will make his return to the lineup for his match against #11 Pohlmeyer at 149 pounds. Degen has been sidelined with an injury since the Cliff Keen Invitational in early December.

This dual will present Coleman with another opportunity to breakthrough at his new weight class when he faced #14 Zach Carlson. The sophomore Cyclone looked to be on the verge of a breakout after downing Minnesota’s Devin Skatzka at the CKLV.

Another big match to watch will be the 197-pound matchup. Last weekend Joel Shapiro got the nod in three of the four matches, but Francis Duggan continues to push for taking over the spot as he won his only dual match of the weekend. Should it be a Shapiro-Sloan matchup it would pit two of the top upper weight recruits from the state of Iowa’s 2018 graduating class against one another. Duggan also competed at the 2018 Iowa high school state tournament though most viewed him as a heavyweight prospect.