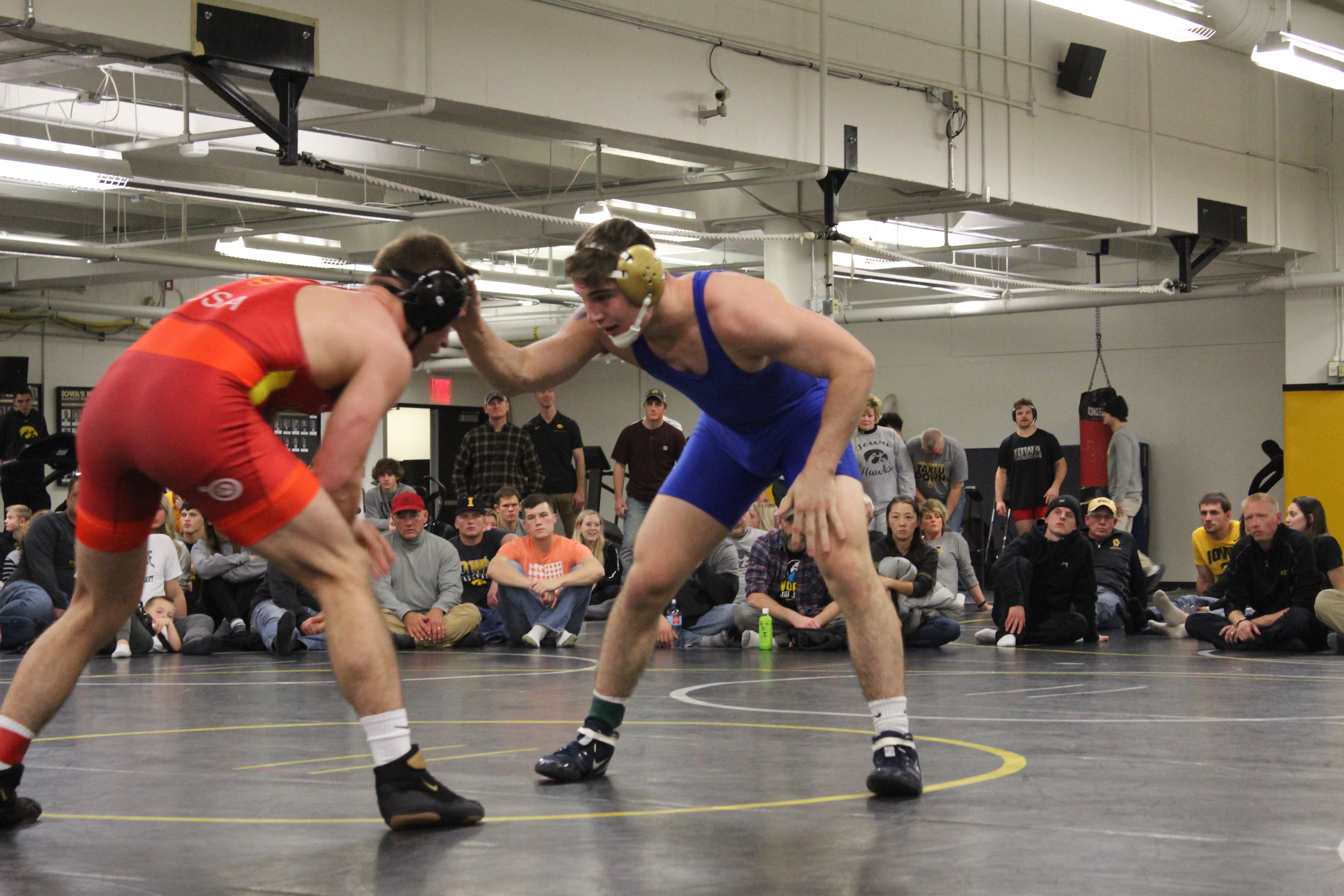 Last night in Bloomington Tom Brands made a big decision. For just the fourth time in his 14 year career at Iowa, Brands made the decision to wrestle a true freshman in his starting lineup as Abe Assad received the call at 184 pounds in a dual against Indiana. The young wrestler responded with a win, matching his predecessors debuts. The move has a historical impact on a couple levels that merit exploring.

For starters lets take a look at the other wrestlers who have had their redshirts pulled by Brands. The list is fairly short: Nathan Burak back in 2014, and Justin Stickley and Spencer Lee in 2018, and now Assad in 2020. Of the four we can split their situations down the middle – Burak and Stickley were both not “true” freshman as both wrestlers had a gap year between high school and their first year in the Iowa lineup. Burak spent a season at the Olympic Training Center while Stickley spent a year with the Hawkeye Wrestling Club. The other two wrestlers, Lee and Assad, are straight off the high school mat in their first post-high school season.

Now lets take a look at how the careers of the first three wrestlers have turned out. The only one with his full career in the books is Burak, who was a three-time All-American. As a true freshman he finished one win shy of the podium and came within inches of being one of four wrestlers to be a four-time All-American under Brands.

The other two haven’t finished their careers, but its hard to argue against the decision to pull Lee’s redshirt. The junior has won two national titles and is the favorite to win title number three in 2020.

Stickley is a little bit of a different story. As a true freshman he cut way down to 125 to begin the year as the team’s starter, but after Lee’s redshirt was pulled Stickley was able to transition back to a more natural weight. He eventually grew into the 141-pound weight class. While he hasn’t been able to crack the starting lineup he has had his share of success. winning several open titles.

All of that leads to what Brands must see in Assad to pull the redshirt. Given his record, a majority of the time Brands has obviously identified his wrestler as having some significant upside over the current starter. It’s hard to deny that Burak obviously had the most upside back in 2014 given he was essentially the only true 197 on the roster at the time. Similarly with Lee while hindsight might make it seem obvious that the eventual NCAA champ was the best man on the roster. The fact that Stickley immediately went up to 141 proves that Lee was once again the only true 125 on the roster at his weight.

What makes Assad’s scenario a little different is that Brands appeared to have two other quality options at the weight. The most experienced is Cash Wilcke who is a two-time round of 12 finisher and round of 16 finisher in 2019. The team also has Nelson Brands who despite wrestling up a weight managed to defeat a pair of ranked wrestlers to start the season. While its also true Assad out placed both at the Midlands, resumes alone don’t necessary indicate that Assad would be the no-brainer option to pull the shirt on.

There is some context for why Assad wasn’t necessarily a no-brainer too. Iowa is currently well positioned to win the 2020 NCAA title. According to InterMat’s tournament rubric the Hawkeyes led second ranked Penn State by 20 plus points, and that’s not even counting the fact #1 ranked Anthony Cassar was just ruled out for the year due to injury this week. That would only go to bolster Iowa’s lead based on a projected point total.

So with Iowa already in the driver’s seat to win a team title in 2020 would Brands pull a redshirt as an insurance policy? Again we’ll look back on the history books and say no. Back in 2010 Iowa was in a similar spot sitting as heavy favorites to win the team title with one of their weakest weights the 157-pound spot. At the time a true freshman named Derek St. John was in redshirt and with retrospect without question would have been an upgrade that season. An eventual four-time All-American, Brands left St. John in redshirt because despite being the best guy on the roster at the weight, Iowa didn’t need his potential points at NCAA’s.

All of this ties back to the current day. Why is Brands pulling Abe Assad’s redshirt? Is he the best guy in the room at the weight, judging by the track record Brands must feel that way. Is that reason enough of a reason to pull the redshirt, not likely. So what the answer may truly be is this staff sees something in Assad and what he brings to the table. If the 2010 team is the parallel to this season Brands doesn’t enter into this decision lightly.

Assad must be more than just an “insurance policy” as Iowa hopes to win the 2020 team title, he’s a bonafide talent that’s ready to go.

2 thoughts on “Putting the Abe Assad Decision into Historical Context”