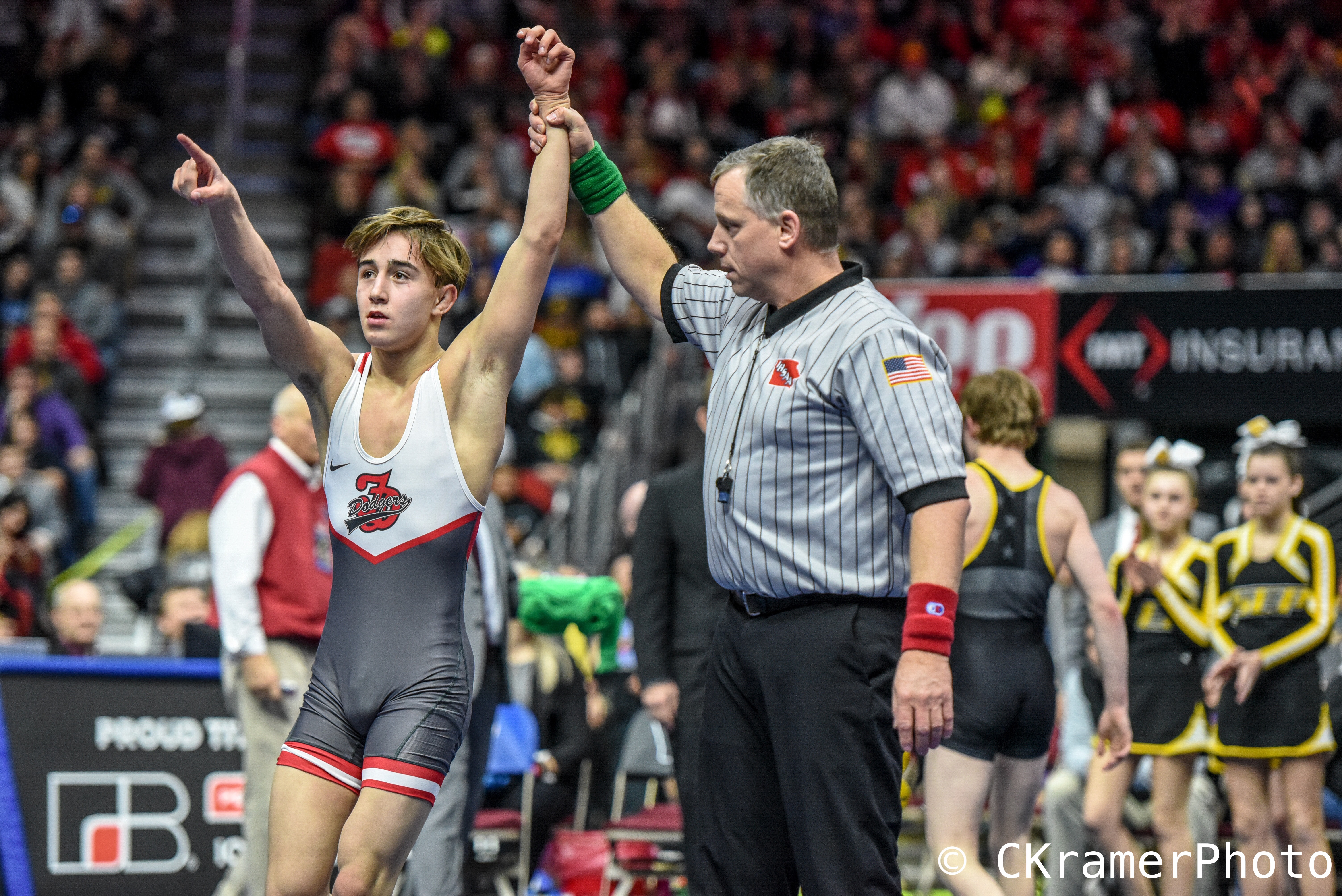 These days the name Drake Ayala carries a lot of weight outside of the state of Iowa as the Fort Dodge standout has gone from young budding prospect to one of the most sought after wrestlers in the country. As a high school junior, Ayala has only completed half of his high school career, but the Dodger has built a resume worthy of elite recruit status and given his recent performances not many are expecting him to slow down on those accomplishments any time soon.

Rated #12 overall in the class of 2021 by Flowrestling, Ayala is one of the nation’s top lightweight prospects and has been fielding offers from a large contingent programs all over the country. Now entering his junior year he has already begun to take advantage of the NCAA rule which allow him to take an official visit to five different programs.

This past weekend in Ames, Ayala was one of several big names on campus taking an official visit at Iowa State. All told there were four wrestlers ranked in Flowrestling’s top 25 for the class of 2021. Ayala, who mentioned he has yet to narrow down a particular field of interest he would like to major in, said he enjoyed his time touring the Cyclones campus and everyone he was able to interact with. The other names visiting Iowa State this past weekend included #1 Alex Facundo (Michigan), #19 Caleb Rathjen (Ankeny), and #22 Wyatt Henson (Missouri).

Its not uncommon for the elite programs to be targeting the same group of individuals, and that is definitely the case for Ayala and Facundo who spent back-to-back weekends with one another. The week before the duo were among a group of wrestlers visiting the University of Michigan in Ann Arbor. Ayala said that the two have formed a good friendship over the last couple weekends.

That will also be the case in the coming weeks as well when Ayala heads to Iowa City to visit the University of Iowa on October 19th. Both Rathjen and Henson, who were in Ames with Ayala, are also expected to be in attendance for the Hawkeyes recruiting weekend.

When asked why Ayala decided to take take visits to Michigan and Iowa State, and the upcoming visit to Iowa over all of the programs that were showing interest Ayala said it was rather simple. In addition to feeling a strong connection to each program’s coaching staff, Ayala said that those programs had also done a good job in making him feel like he was their priority.

In addition to his visit to Iowa next month Ayala also mentioned that he moved his planned visit to North Carolina to October as well. Previously he was planning on visiting the Tar Heels in the spring, but decided to move the visit up to help expedite his recruiting process.